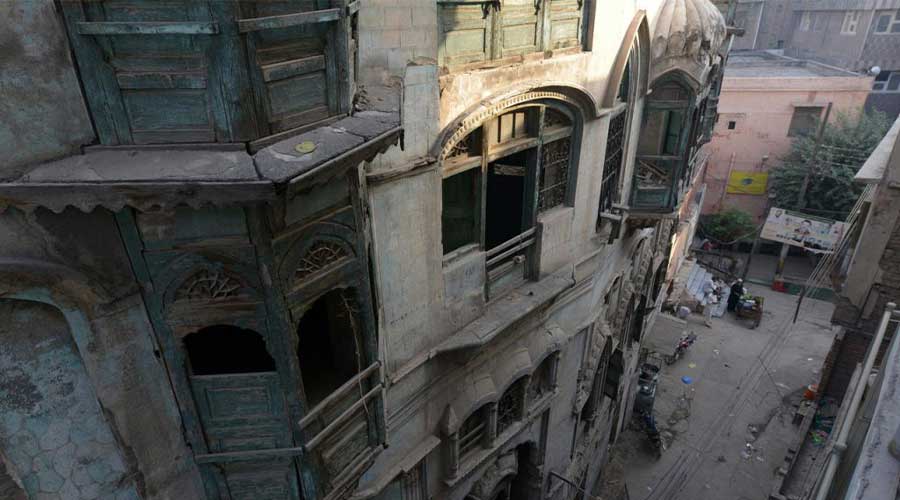 The ancestral homes of Bollywood legends Raj Kapoor and Dilip Kumar in the northwestern city Peshawar had been said to be sold but the provincial government bought them and announced to preserve houses as the symbol of legends.

The region’s archaeology team says it is close to wresting the more than 100-year-old buildings, located in the heart of the historic walled city, from their private owners so they can be restored and turned into museums.

Samiuddin Khan, who remembers running through the 40-room abandoned house as a child and flying kites from the rooftop shares his childhood as, “I always feel sad and angry while looking at Kapoor’s house, that it once was a beautiful mansion of top quality.”

“It was extremely beautiful inside. The structure is still intact but some walls have collapsed and much of the wood has been damaged.” Once an architectural wonder, the family home of Kapoor, who died aged 63 in 1988, is influenced by Mughal empire, Central Asian and British colonial design, featuring ornately carved doors and balconies and gothic-style windows.

Abdul Samad, director of archaeology and museums in Khyber-Pakhtunkhwa province also said, This is our cultural heritage and we take pride in preserving it. We are very proud that Dilip Kumar and Raj Kapoor were from Peshawar.”

“I told them that it’s an antique and the price for an antique is multiplied 10 times,” he said. “We will get more money if we build a plaza here.” The archaeology department has said it will use legal powers if needed to purchase the Kapoor and Kumar homes with taxpayer money, for a figure still to be determined by the province’s financial authorities.

“We felt proud and held our heads high while watching the actors from Peshawar performing in Indian movies, that this land has produced such great actors who proved their worth in Mumbai,” Khalo Khalil Sarhadi, an 80-year-old resident of Peshawar, told AFP.

“Now the new generation will know how Peshawar has produced big stars and actors, those who have given an identity to Pakistan and India,” he said of the museum projects.