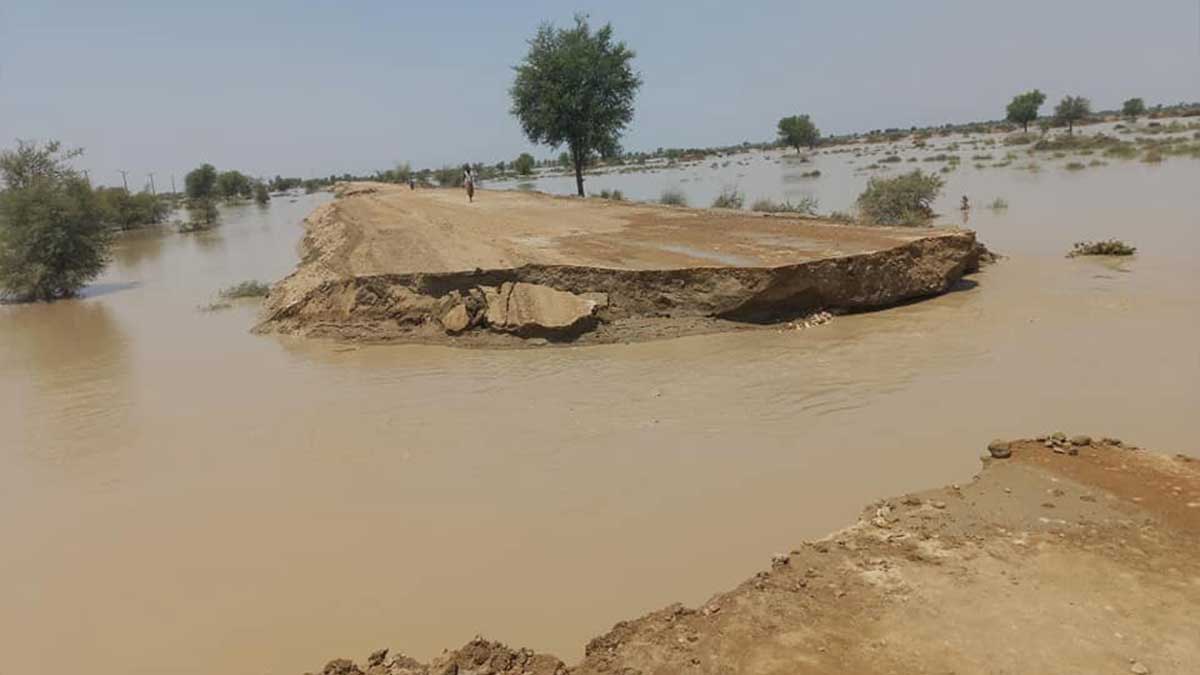 Meanwhile, more than 400 villages in Kachho remained marooned after Nai Gaaj and other natural rainwater drains overflowed their banks in the wake of heavy rains for the fifth day.

According to the irrigation department personnel, they had started plugging the breach, which had also flooded standing crops of onion, chili and paddy on 1000 acres of land including and 10 fish ponds. Two link roads in the area also submerged.

Many complaints in this regard were also received, affected villagers complained that Dadu district administration had done nothing to provide tents to the affected families at safe places. Numerous families were still stranded in flooded homes and waiting for boats to rescue them, they said.

Floodwater directly hit 12 villages floodwater of Nai Gaaj drain and several houses were washed away, Wahi-Gorakh Hills Station road was damaged at different places and five local tourists from Karachi, Hyderabad and Larkana were stranded at the Gorakh hill resort.

The floodwaters caused six breaches of 4,000 feet each in Wahi-Johi link road and washed away large portions of Drigh Bala-Rajo Gandho link road connecting 200 villages of Kachho, cutting off road link of all the villages.

Chinni-Johi road also submerged at 4 different places cutting off a large population in 100 villages to disconnect from each other due to heavy flow of floodwater towards Nai Gaaj drain.