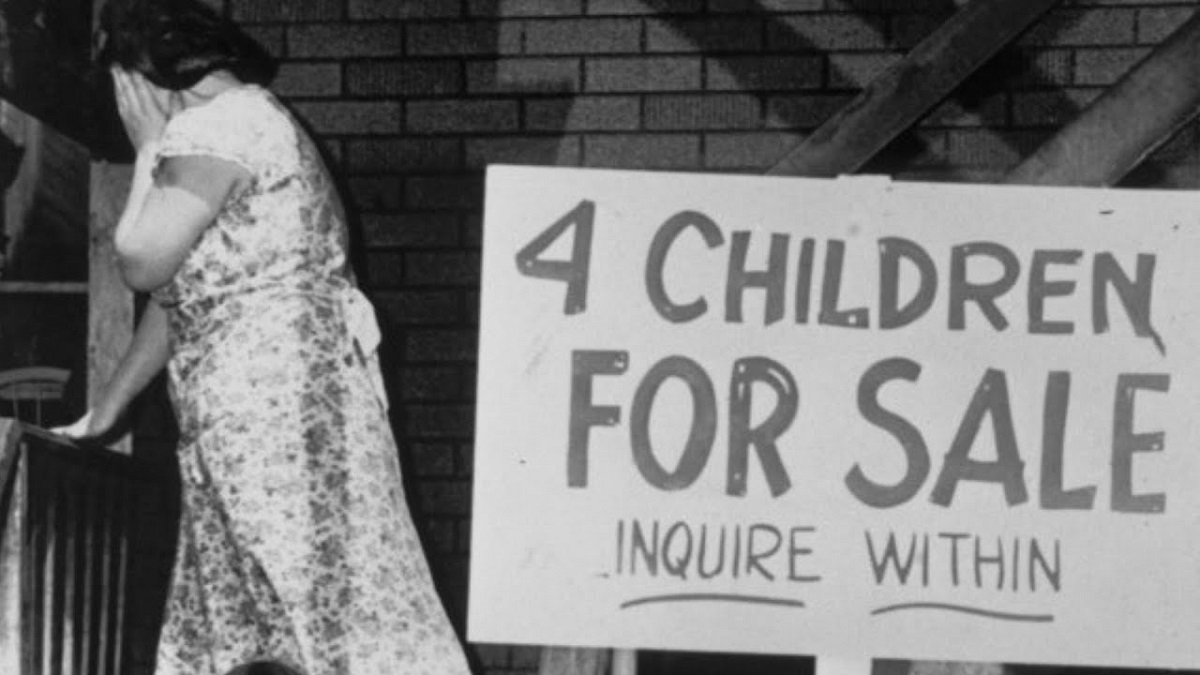 According to a recent economic survey, United States of America, with a current GDP of 23.0 trillions is ranked as the world’s largest economy. It is the biggest market in entire world, thus any fluctuation in America’s economy can have long-drawn effects on the global economy. The Great Depression is marked as one such unfortunate happening in the history of industrialized World, originated in US, that lead to economic instability across the globe for an extended period of time.

History of the Great Depression

The Great Depression is a period of worst economic downturn worldwide that began in 1929 and lasted till 1939. Lasting almost 10 years, it affected nearly every country in the world. It began when the US stock market crashed in October 1929. It resulted in a severe decline in industrial production and wiped out large number of investors. It gave rise to deflation, mass unemployment, banking panics and a sudden hike in poverty not only in USA, but throughout the world. During this economic crisis GDP fell about 30%, rate of unemployment exceeded nearly 20% and industrial production decreased by 47%. In early 1920s US stock market expanded tremendously.

It was the time of bloom for the US stock market at the New York stock exchange on Wall Street in New York City. People from all walks of life invested into stock that caused it to reach the heights of glory with highest expansion in August 1929. By that time the conditions seemed to drift away from normal. A steady decline in production, increased unemployment, low wages, and continuously rising consumers debt resulted in high stock rates compared to their actual value. Meanwhile the country was experiencing droughts that affected the agricultural sector and banks were struggling to prove their solvency as there was excess of huge amount of loans that could not be liquidated.

Amidst these circumstances, people stopped investing in stock market, which resulted in piling up of unsold goods, factories slowed down the production, but irrespective of all these happenings, stock prices continued to increase. Keeping in view the situation of stock, consumers became fearful of the upcoming destruction and began to sell overpriced shares that caused the stock market to crash on October 24,1929. In the wake of economical crises, consumers became apprehensive and lost the confidence in stock market, factories slowed down the production and workers were fired from their jobs. All these factors catalyzed the further downfall of the economy. Economists and historians are not still sure about the exact causes of the Great Depression, but here are a few causes that can be considered as aggravating factors to the Great Depression.

During early 1920s, people invested in stock market seeing its boom. They invested much of their disposable income or even mortgaged their possessions like their homes to buy shares. Consequently, after some time millions of shares were on margin, which means they were bought by the loans which were to be paid by the income from the profit generated from the ever increasing stock prices. In October 1929, there was an indispensable decline in stock prices and shareholders, out of panic, started selling their shares. This exacerbated the decline. Specifically, in the month of September and November, the prices further fell by 33% spreading a wave of fear and distrust among investors and businessmen which caused the decreased production and loss of jobs. Hence stock market crashed drastically.

Between 1929 and 1932, as a result of the Great Depression, the banks fell short of the deposits and there were four extended period of banking panics. Consumers started withdrawing deposits as cash. There was not enough reserves to lend loans to the clients and businesses. Resultantly, the stock market crash leads to suspension of one fifth or 30 percent of banks in existence.

The global adherence to gold standard played a role in spread of the Great Depression from the United States to the other countries. United States bought a fewer import goods while the American exports were relatively cheap. This imbalance gave rise to foreign gold outflow to the United States, which in turn posed a threat to the countries whose gold reserves were on the verge of depletion.

Even before the Great Depression lending by banks of United States to foreign countries decreased because of high interest rates of United States. This drop-off caused many borrower countries such as Germany, Argentina and other European countries to suffer economical crisis before the Great Depression started. Meanwhile, American agriculture suffered because overproduction since farmers, after the world war I bought high cost machinery, but that investment faced a downturn due to competition from European and other agricultural producers. Moreover, Congress imposed steep tariffs on agricultural products in correspondence to Smoot Hawley Tariff Act (SHTA). That eventually caused a reduction in global trade.

The then president, Herbert Hoover’s response was very slow rather disappointing for the masses. He was not prepared for the scope of the crisis and his limited response did not help millions of Americans in need. He refused to give “handouts” as he saw the direct government aid. He called for the volunteerism among businesses to keep workers employed and he exhorted the public to tighten their belts and contribute in spirit of “rugged individualism”. The steps taken by Hoover were too little and too late, economists say.

During and after the Great Depression the burden of the responsibility for stock market crash was put on the private sector, while the public banks carelessly let their reserves deplete. During the early 1920s when there was an economic expansion Fed kept the interest very low, but when the crisis hit the country Fed did exactly opposite and tried to recover from the crises by increasing the interest rate. This further discouraged the lending and borrowing which was actually a useful parameter to expand the economy during pre-crisis period. Fed also followed the “ liquidationists” policy according to which the central Bank stood aside while the smaller banks collapsed following lack of deposits. It caused suspension of thousands of banks wiping out the savings of millions. Consequently deflation rose due to high interest rates and it decreased the probability of companies investing into the stock market.

Recovery from the Great Depression

Franklin D. Roosevelt, 32nd president of the United States took office in 1932. He led the nation through the Great Depression by adopting an effective strategy. He initiated federal legislative initiative known as New Deal. It was series of programs and projects instituted to stabilize the economy and provide jobs to the Americans. Following are a few of the programs under the umbrella of New Deal.

It was created to provide employment to thousands of Americans during the Great Depression. The civilian conservation corps built new public projects which created new employment opportunities.

It was a government agency developed by Franklin D. Roosevelt to combat housing crisis. It was designed to regulate mortgage and housing conditions.

Public Works Administration was a program started to enhance economy and provide jobs during the economical crisis. It created Public projects and continued until United States ramped up wartime production for World War II.

It was established to develop the economy in the Tennessee valley region, as it was devastated by the Great Depression. The TVA was federally administered corporation that still functions in this region. It is the largest electricity provider in Public sector in United States.

It was the largest New Deal agency that was created in 1935. It provided jobs to millions of Americans through its roads, buildings and other construction projects. It was renamed as Work Project Administration in 1939 and officially ended in 1943.

Social security act was a program designed to combat poverty among senior citizens and disabled people. It provided financial support to the retired wage earners and disabled. It still provides income to people who contributed to this program during their earning period. It has become the most popular programs. It evolved from the Townsend plan, which was an effort to provide government funded pensions to the elderly wage earners led by Dr Francis Townsend.

National Industrial Recovery Act was designed to bring the working class and the businessmen on one page by highlighting their common interests through hearings and government intervention. It was expected to provide everyone with their needs who is involved in economy. However, it was declared unconstitutional by the court on the basis that NIRA violated separation of powers.

This agency was made to combat the housing crises which created many foreclosure. It aimed at assisting in refinancing of homes by providing people with long term, low interest loans which saved their homes from foreclosure. Through this agency as many as 1 million people received loan between 1933 and 1935.

Effects of the Great Depression

The Great Depression was a major blow to the United State’s economy. Unemployment rose to 25% by the end of the crisis, people were left homeless as housing prices rose, international trade suffered a great deal, deflation reached the worst levels. It took 25 years to the stock market to recover from the crisis. Some 7000 banks, nearly a third of the banking system failed between 1930 and 1933. The only good thing that happened following the Great Depression was introduction of the New Deal. Because of this step a growth in GDP was seen by 10.8% by the end of 1934, 8.9% by 1935, 12.9 % by 1936 and 5.1 % by 1937.

Could there be another Great Depression?

Economists are of the viewpoint that there are very rare chances of occurrence of such a massive catastrophe because the serving Federal government has an effective backup plans to combat unemployment and ways to deploy other monetary tools for easing the supply of funds. In present day world, the economies are not entirely dependent on a single contributing source, in fact there are far greater policies to meet the needs of its people and there is a continuous work  going on   to decrease the poverty world wide.

The Great Depression is a disturbing chapter in the history. But with effective management and continuous struggle United States of America rose from the ashes and now ruling the world by ranking on the top of the world’s economies. It provides economic freedom and private property rights to its residents, which means that people can use their jobs, employers and can spend money as they wish also they can control their possessions the way they want. This is one of the reasons for the America to be called as economically Liberal country in the world.