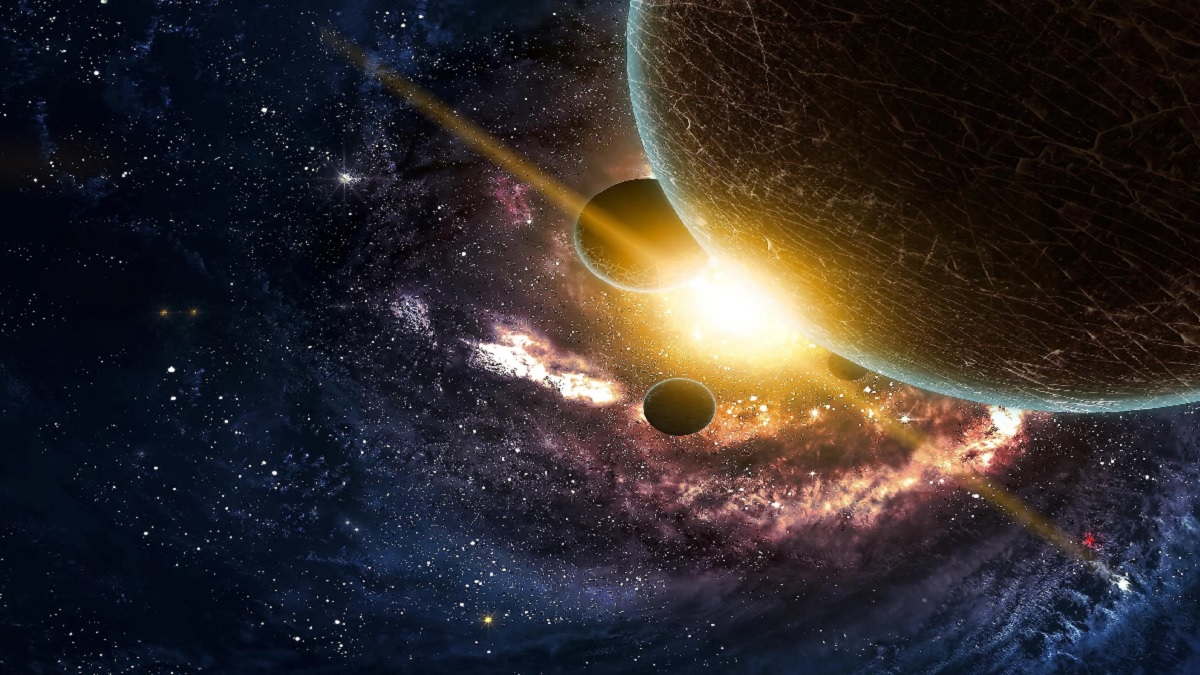 If you ever take a walk along the countryside, you may witness an aesthetic view of bedazzling heavenly bodies that are dispersed like pearls on a black canvas. While you are caught by this ravishing sight, have you ever contemplate the nature of these luminous celestial objects? The sky harbours the constellation of astronomical bodies, including stars and planets that become discernible at night, but how to differentiate between stars and planets? This blog aims at shedding light on the distinguishing features of these two.

Stars are huge luminous celestial objects that often appear as fix points of light in the sky. Stars are made up by the nuclear fusion of the hydrogen to form helium and due to ongoing nuclear reactions Stars have high temperature and they radiate light and heat. Sun is one of the largest and closest stars to Earth with a distance of 93,000,000 miles. There are many other stars, but due to their immense distance from Earth they appear as fix spots of light.

Colours of stars can help us in determining their temperature. For instance, hot stars are white or blue, whereas cooler stars have orange or red hues. It has not been determined yet that how many stars exist in the universe, but according to astronomers there are nearly 400 billion stars in our milky way galaxy alone.

Read More: Cosmology: The Study Of Universe – About Pakistan

A planet is a large celestial object orbiting a star. It is massive enough to have gravity that forces it into a spherical shape and it is big enough that its gravity clear away anything of similar size near its orbit around the sun. Our solar system has eight planets, namely Mercury, Venus, Earth, Mars, Jupiter, Saturn, Uranus and Neptune. First four planets are made up of rocks with inner cores composed of metals. These four planets are called as rocky planets. While the other four planets are made up of gasses like hydrogen and methane and are called gas giants.

They are called so due to their larger size than the first four planets. A planet does not have its own light, rather it reflects light from the stars. All the planets rotate around their own axis and revolve in an orbit around the sun, simultaneously. Earlier till 2006, it was believed that there were nine planets in our solar system, but later Pluto was excluded from the planets list when international astronomical Union gave a new definition for the planet according to which a planet must have three characteristics as given below:

So according to this criteria Pluto didn’t fulfil the last condition as comets like objects clutter around its orbit. It is now termed as a dwarf planet.

Difference Between a Star and a Planet

Stars and planets are two entirely different entities. They have their own distinctive features which marks a clear line between the two. These are some common differences between stars and planets.

Read More: Countries With The Cheapest Internet In The World  – About Pakistan

Astronomers are still struggling to discover more about the stars and the planets. There are certain questions which are centre of debate such as if a star can turn into a planet, many theories have been developed to support the argument, but they are too vague to be endorsed. Similarly, astronomers are working really hard to discover life on any other planet which is yet to be explored in a wider prospect. With further advancement in astronomy we can look forward to unearth more distinguishing features between stars and planets and other mysteries of the universe.