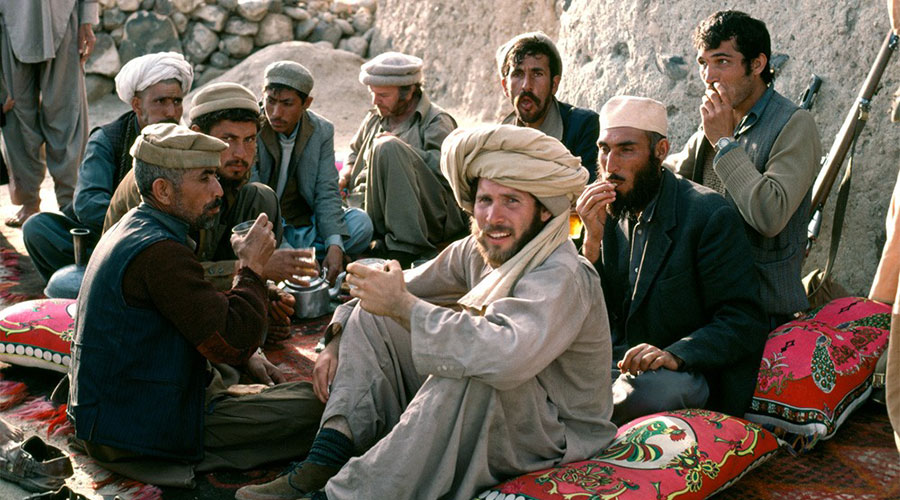 Pashtun culture is based on Islam and Pashtunwali. Pashtunwali is an ancient way of life and around which all the cultural values, ethics, and morality surround. Their ways include speaking Pashtu language and wearing Pashtun dresses.

The Pashtunwali is a unique centuries-old social order that is kept alive and what makes Pashtuns apart; loyal, proud, hospitable, and fiercely independent. In the Pushtu language, the word Pashtu denotes honor, bravery, loyalty, goodness, and dignity.

Pashtun culture has been highlighted since the time of Herodotus that is the time of Alexander the Great who explored the Pakistan and Afghanistan region in 330 BC. The culture of Pashtun people had very little foreign influence over the many centuries and that can be attributed to their strict way of following Pashtunwali.

Pashtun men wear partug kameez. Karakul hat is their sort of symbol that they wear or in simple words, it is called topi. White kufis is another style of topi.

Pashtun cuisine is most liked due to their dried fruit and yogurt-based dishes. Qabli pilav is an afghan dish that is specially served in Pashtun areas of Pakistan and Chai plays a great role in Pashtun gatherings.

Besides celebrating the Islamic festivals and national festivals some Pashtuns also celebrate sparlay or spring that is called Naw-Wraz or Nowruz. Nowruz is the ancient Persian festival which is celebrated at the beginning of spring and it is also the Persian New Year.

In Pakistan, Pashtuns are predominantly living in the KPK province. Pashto is noted for its poetic language.

Pata Khazāna (The Hidden Treasure) is the title of a first known manuscript written in the Pashto language.

Pashto music or ghazals are mostly played with rubab, sitar, table, flute and harmonium, and with some of the other musical instruments too. Pashtuns love to dance attan dance is their main dance. Attan is a special type of dance performed by a troupe of 50 to 100 dancers can be both men and women who wave scarves in the air while musicians beat drums.

It ends with 2-5 steps clap. Arms are put in a sequential movement and writs twisted in sequence then hands are projected outwards and brought in a scoop-like fashion to the center and then these hands clap. This dance has the duration of speed that is typically dictated by the musician.

Federally administered tribal areas of Pakistan, Waziristan is a large area that has a Pashtun culture. A flute player and a drummer play a specific tune and all the wazirs stand around them and two of the people come towards the drummers and dance and come back with the same dancing manner.