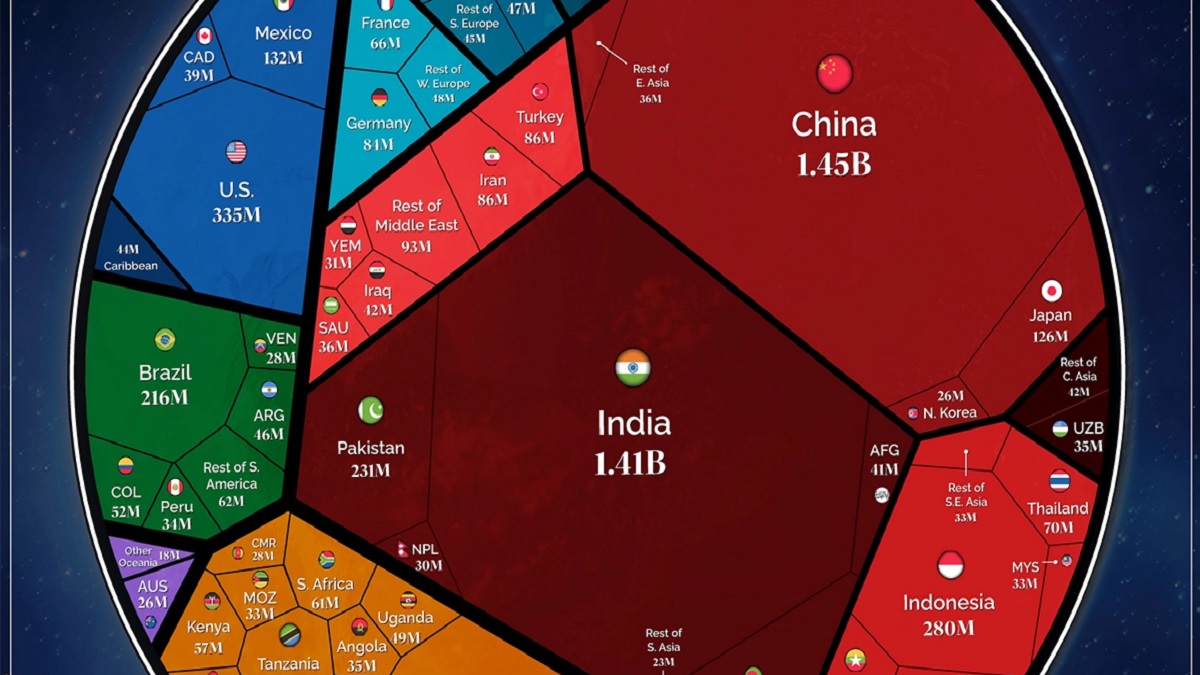 The world population was around 4 billion, almost 50 years ago. In the last 50 years, it has doubled and jumped from 4 Billion to 8 Billion. However, this population is not uniformly distributed throughout the planet. The Earth is divided into seven continents, these are:

There are some continents which makes up most of the world’s population. While others have a small amount of population living in them. In this blog, we are going to see how these 8 billion people are living and distributed on this planet earth.

Top 10 Most Populated Countries of the World

First of all, we are going to see top 10 countries of the world in terms of population.

No, we are going to discuss the population of each continent.

Read More: Top Happiest Countries From The World And What We Can Learn From Them

As of 2022 population of Africa stands at almost 1.4 billion people. There are many countries in Africa which are located in the list of fastest growing population rate in the world and by 2050, population is expected to increase up to 2.5 billion.

Africa is divided into two parts:

The population in North Africa is around 257 million, whereas most of the population is located in the sub-Saharan part, having almost 1.2 billion population. The most populated countries in sub-Saharan region are Nigeria, Ethiopia, Kenya, Uganda, South Africa, Democratic Republic of Congo and Tanzania, etc.

Nigeria is the most populated country in African region, and it’s the largest economy of Africa, the current growth rate of Nigeria’s city Lagos is expected to emerge as the world’s top, mega city by the end of this century.

The population of Europe was around 750 million people in 2022 to double the size of the United States. US population was close to 30% of world population one century ago, but no, this is less than 10%.

The population of North America is around 602 million as of 2022 the dominant country in the continent is United States is almost 50% of the total population. Its population is still growing.

After United States, Mexico has a population of around 132 million, followed by Canada, which has almost 39 Million population.

Therefore, in the recent years the world population has been increasing at an alarming pace. This is not uniform, as with Asia and Europe making up world’s 50% population’s inhabitation. Other continents are also populated, but continents like Antarctica don’t have population.