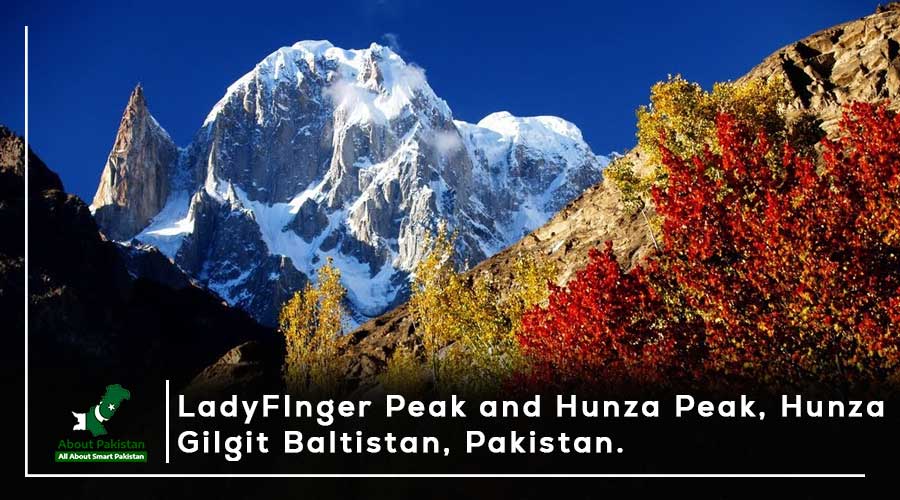 Hunza has one of the most beautiful landscapes in the entire world and the valley with breathtaking beauty that can only be described as ‘heavenly’.

The mountainous valley of Hunza is in the northmost district of the Gilgit Baltistan region of Pakistan. Hunza district is situated in the extreme northern area of Pakistan that borders with Afghanistan and the Xingjiang region of China. Karimabad is the capital of the Hunza district and it is the top tourist destination in Pakistan.

The district is situated on the Tibetan plateau at a height of 2,538 meters. According to its geography, Hunza is constituted of three regions, Upper Hunza (Gojal), Central Hunza (Hunza Valley), and Lower Hunza (Shinaki). The valley is known for two very famous peaks namely LadyFinger Peak and Hunza Peak.

This area was controlled by various major ancient Indian Kingdoms during the Mahajanapadas era of ancient India. While Buddhism came to the Hunza valley in the late 7th century.

There is a ruling family of the region called Ayesha which means heavenly. Buddism and Bon had been the major religion in the region. Even now, many surviving Buddhist archeologist sites like Sacred Rock of Hunza can be seen along with former sites of Buddhist shelters.

Moreover, the Hunza valley always remained the center for the trading route from Central Asia to the subcontinent. It provided shelter to the Buddhist missionaries and monks who used to visit the subcontinent, this is why this region played a big role in the transmission of Buddhism across Asia.

In 2010 on 4th January, there came a big blockage due to landslide that created the Attabad lake that resulted in 20 deaths with 8 injured. It was effectively blocked about 26 km of the Karakorum Highway. This new lake extends to 30 kilometers and its depth is 400 feet. The landslide completely blocked and covered the portion of the Karakorum highway.

Shina, Burushaski, and Wakhi are the local languages spoken here. It is home for Wakhi who migrated there from Northern Afghanistan at the beginning of the 19th century. The literacy rate is 95 percent here. According to the Alif Ailaan Pakistan District Education Rankings 2015, Hunza-Nagar ranks 21 out of 148 districts in terms of education. However, it ranks 58 out of 148 districts in terms of infrastructure and facilities.