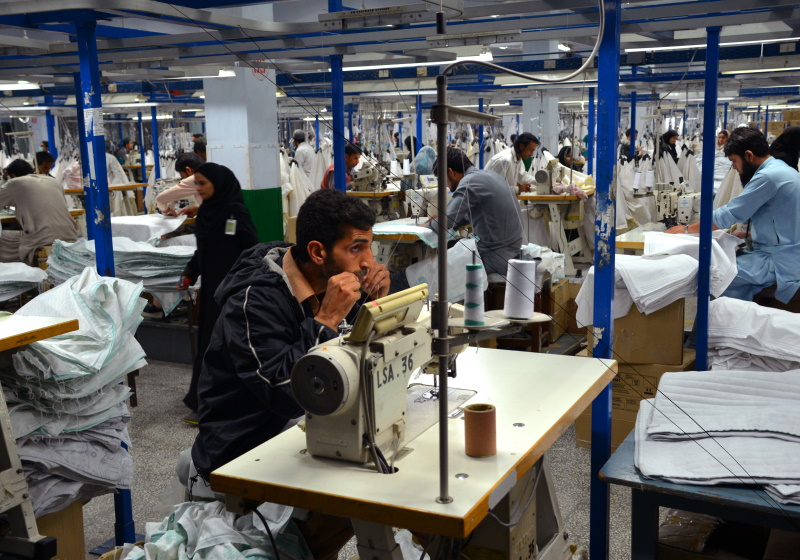 Pakistan is an agricultural country because of the vast arable land and water. Agriculture constitutes around 19 percent of the country’s GDP and 43 percent of the population is directly involved with agriculture. Karachi is the biggest city of Pakistan and the main commercial hub where people from all parts of the country migrate for employment opportunities. Lahore and Faisalabad are the main industrial cities of Pakistan. Gujranwala and Sialkot are the centers of small industries and cottage industries. Gwadar is becoming the next Dubai in the world and it is the crown jewel of CPEC. Islamabad being the capital of Pakistan is the most important city of the country. Apart from these national business hubs, the provincial capitals have the main commercial activities and all the employment opportunities are concentrated in these cities.

But a list of 15 to 20 cities with most of the businesses happening can not accommodate all the jobs and create employment opportunities for the whole of Pakistan. This situation gives rise to a major problem in the country with economic inequality instead of reducing widens more and more. This is the crux of the widespread unemployment we see in the country.

The government has established a number of special economic zones and industrial units in different parts of the country but due to weak governance and poor efficiency of concerned departments, these industrial units fail to bring any major impact. The rate of unemployment has not been taken care of as the process of industrialization is slow.

As far as the availability of raw material is concerned, Pakistan can rightly be called one of the richest countries in this regard. For example, in northern areas, there is an abundance of fruit trees. If materialized, a lot of cottage and small industries could be established there to preserve that food and export them as it has great demand all over the world. Stones, available in the mountains of northern areas are in high demand in the world (the federal government is planning to build a gemstone city in Islamabad). The establishment of stone cutting industries can increase employment opportunities highly. These are among the many readily available opportunities that can provide employment to a big number of Pakistanis.

The most important factor if addressed can be the source of increased employment opportunities in Pakistan is the reformation of the FBR and tax system. This is hidden to none that a lot of industrial units have been shifted to Bangladesh, Vietnam, and Malaysia, complaining about the taxation system of Pakistan and hurdles in ease of doing business due to rigorous red taping involved.

The green stimulus vision of Prime Minister Imran Khan has the ability to pay major dividends to Pakistanis and the work on it is happening at a good pace. The government is hiring thousands of unemployed day laborers to plant trees as part of the country’s 10 Billion Tree Tsunami program. Under Protected Areas Initiative, launched on July 2, Pakistan will focus on 15 national parks that make up a total of 7,300 sq km (2,800 sq miles), spanning from Khunjerab in the north to the area around Astola Island in the south.

Moreover, the government should also speed up the work of CPEC as this has the golden opportunity of providing millions of jobs to Pakistanis. The work on it is also now normalized after months of a slowdown as record Chinese investment of over $11 billion has just been signed during 2020 alone. Pakistan and China signed an agreement to build 2 hydropower plants worth $3.9 Billion in Azad Kashmir and Prime Minister Imran Khan yesterday inaugurated the Diamer Bhasha Dam in Gilgit Baltistan which is going to be the world’s tallest roller compact concrete dam and has a construction cost of $14 billion. Another major project called ML-1 worth $7.2 billion was agreed last month to revamp the outdated railway infrastructure from the British colonial era.

Pakistan is one of the few countries of the world which is blessed with the majority of youth force, determined to work hard and them given appropriation and employment opportunities by the government will be a new lifeline for the growth of Pakistan.