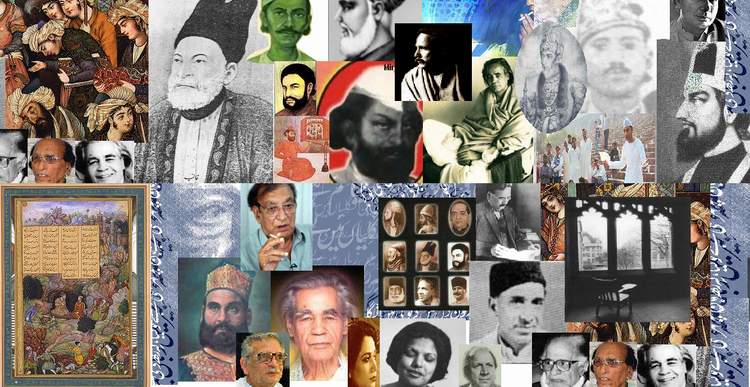 Pakistan is the land of poets and the region has given some of the most distinguished poets to the world. Fortunately, Pakistan with its ethnic and linguistic diversity has brought about so many famous thinkers, philosophers, and poets who were unparalleled in their stature during their lives and left an ever-rich legacy with their demise.

When we talk about Urdu poetry which is the national language, a large number of famous and renowned poets utilize this medium to express their feelings and emotions. Poetry in regional languages has also remained versatile and rich specifically in languages like Punjabi, Balochi, Sindhi, Siraiki, and Pashto.

Pakistan has many famous great poets from which, some are chosen and described below:

Ahmad Faraz was born on 12 January 1931. He was one of the most famous Pakistani Urdu poets. His pen name was FARAZ. The government of Pakistan awarded them with Hilal-e-Pakistan, Sitara-i-Imtiaz, and Hilal-e-Imtiaz. His poetry transcended the borders and was admired worldwide. Social gatherings with him as the chief guest were in high demand. He was usually compared to famous Paksiatan poets Faiz Ahmed Fiaz and Sir Muhammad Iqbal. He died on 25th august 2008. His some of the famous Ghazals are:

She was born on 24 November 1952. At a very young age, Parveen Shakir started writing prose and poetry and she contributed to Urdu and English both. Her first poetry volume was Khushbu then subsequently she published another volume Sad-barg in 1980 then khud kalami, inkaar, kaf-e-aina, Gosha-e-Chashm were published. Her biggest contribution to poetry was her distinctive feminine voice to Urdu literature. Since her death, the “Parveen Shakir Urdu Literature Festival” is held every year in Islamabad in her memory.

Jaun Elia real name was Syed Sibt-e-Asghar Naqvi. He was born on 14th December 1931. He was a poet, a philosopher, a biographer, and a scholar. He had command in 6 languages i.e. Urdu, Arabic, Persian, English, Hebrew. His famous works are mubada, Qiraat, farnood, daricha haye kheyal, sukhan meri udasi hai, jaun Elia ki taman ghazlen, isnshaye or mazameen, tumhare or mere damyan, farmood. He is regarded as amongst the most famous modern Pakistan poets, popular for his deeply sad and unconventional ways of poetry. This legend died on 8th November 2002.

He was born on 14 November 1949. He was an Islamic scholar and a Punjabi poet. Naseeruddin was the custodian of the Golra Sharif shrine in the Islamabad capital territory of Pakistan. His most famous works are: