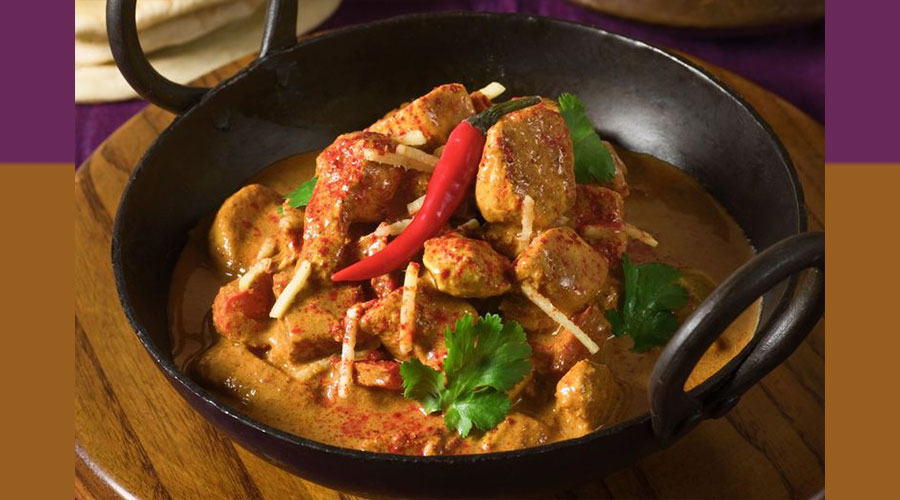 Balti food originates from Baltistan, from the erstwhile Northern Areas of Pakistan, once a kingdom with its own royal family high in the glacial cold Karakoram Mountains.

But now as we speak, Balti is more Birmingham than Pakistani because the food that got its inspirations from Moghuls is now a tale summarising a strange hybrid of East meets West cuisine.

A balti is lamb meat or a goat meat curry that is served in a pressed-steel wok which is typically known as balti bowl. Its name did not come from some cooking technique or some specific ingredient but it is said that its name came from the metal dish in which curry is served. It is cooked in ghee and not in oil and its meat is cooked off the bone.

Balti sauce contains onions, garlic, garam masala, and turmeric along with other spices. This dish is served in almost all restaurants in the UK. It is eaten in Pakistan and North Indian and in some other parts of the country too. This food first arrived in Birmingham in England in 1971. It is also said that this food was originated from northern Pakistan Baltistan.

As mentioned above that this dish was named after the steel iron pot in which this food is cooked but, the word was started from Odia, Bengali, and Hindustani, which means bucket. This word got developed from the Portuguese “Balde” which means bucket. This word then traveled to the Indian subcontinent by the Portuguese naval in the early 16th century. Later, this word spread and made its way to the English language during the British time in India.

A dish with two handles, a round-bottomed wok-like heavy pan is called balti pan. Balti food cooking widely ranges in its origin from China and Tibet to Mirpuris ancestry influence. It has Moghul emperors taste and the Kashmiri spices aroma and also the high lands mountains’ winter food.

According to Collen Taylor Sen, a Canadian specializing in Indian cuisine, the origins of Balti are unclear because this food is eaten in Baltistan that has no resemblance to balti gosht. Whereas, the food’s name could be originated from its pot in which it is cooked and the Indian word for the bucket.

Balti food’s another origin is believed as Birmingham because balti was first served in 1977 in some restaurant with the name Adil’s. this restaurant was relocated to some other area but after some tie, its original place was again Stoney Lane in Birmingham. Most of the restaurants in Birmingham where balti was served were known as Balti houses. The table style of balti houses is most often differs from others like they had a glass plate on the top of menus secured beneath. People are served with large Karachi naan bread pieces that are shared by the whole table.

Balti food serving style and presentation is one of the reasons for its popularity that started in the 1980s and this popularity grew in the 1990s in balti restaurants. It has high popularity in many countries as well as in Pakistan.