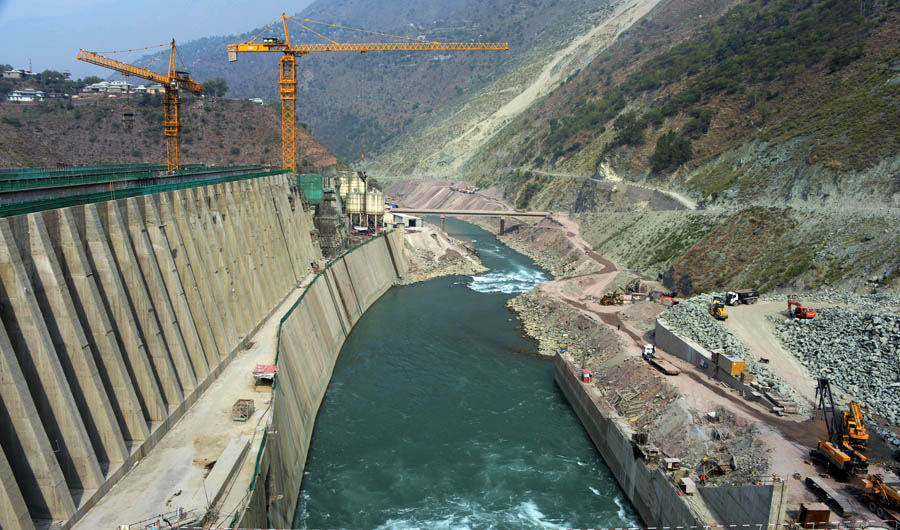 Prime Minister Imran Khan has inaugurated the Diamer Bhasha Dam which is going to be the world’s tallest roller compact concrete dam.

Diamer Bhasha dam will be constructed on the Indus River in Khyber Pakhtunkhwa (KPK) and Gilgit Baltistan area. The 272 meters high dam is expected to be completed in 2028 which has the gross storage of 8.1 million acre-feet (MAF) reservoir along with 14 spillway gates.

The government of Pakistan signed a contract with a joint venture of Power China and Frontier Works Organization (FWO) for the construction of the Diamer Bhasha Dam with the estimated construction cost of $14 billion. FWO holds the 30 percent share while the Chinese firm captures 70 percent of work.

Diamer Bhasha Dam will be Pakistan’s third-largest dam after Terbela and Mangla dams being built on Indus River. The completion will see a rise in the country’s water storage capacity from 30 to 48 days.

The dam will help the country to increase the water capacity, ease in flood, more power generation, and water diversion for the irrigation system.

While addressing the ceremony PM Imran Khan said that dam completion will see an economic gain as well as environmental for Pakistan along with producing thousands of jobs.

He also declared that the government shifted towards constructing river-based dams, for the reason that it will ease the pressure on foreign exchange reserves of the country as Pakistan will no longer purchase furnace oil to produce expensive electricity.

According to reports, the creation of a diversion system, access bridge, main dam, and 21 MW Tangir hydropower project is also included in the signed contract.