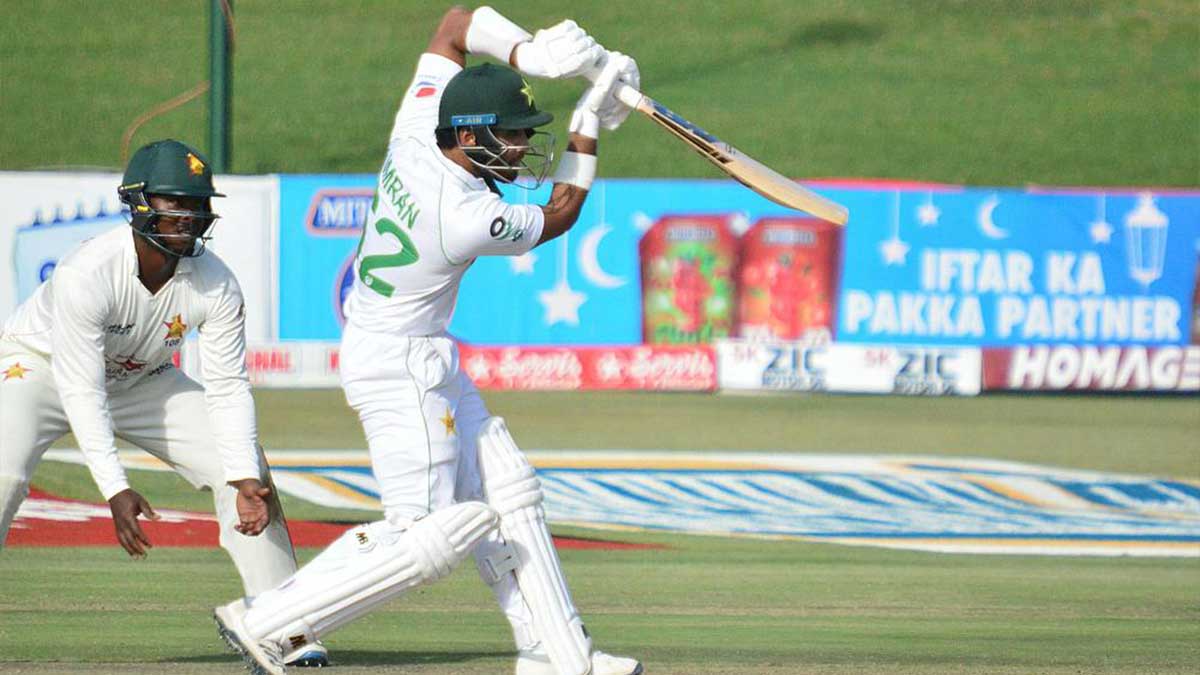 After Pakistan bowled Zimbabwe out for 176 on Day 1 of the first Test at Harare Sports Club, the opening pair of Abid Ali and Imran Butt were in for a brilliant form with the bat.

Abid and Imran, started the batting for Pakistan, stood firm and calmly kept the scoreboard ticking. Pakistan finished Day 1 with no losses thanks to the duo’s 103-run partnership. The green caps are 73 runs behind.

With the help of 10 boundaries, Abid remains unbeaten for 56 runs, while Imran was dismissed for 43 runs at the end of the day.

Hasan Ali and Shaheen Shah Afridi each took four wickets in the first inning to dismiss Zimbabwe for 176.

Earlier, Zimbabwe’s stand-in captain Brendan Taylor won the toss and chose to bat first, but the decision did not go as planned, as the hosts lost the first wicket in the second over.

As an edge got back and hit stumps, pacer Hasan Ali removed Kevin Kasuza for a score of 0 runs. After some persistent channel bowling, Shaheen Shah defeated Prince Masvaure (11). Imran Butt, a slip fielder, completed the catch with the tip.

Read more: Zimbabwe include 5 debutants against Pakistan for Test series

In the 17th over, left-arm spinner Nauman Ali clean bowled Tarisai Musakanda (14) through the gate. Captain Taylor was removed by Hasan in his second spell (5).

After Milton Shumba and Roy Kaia remained unbeaten until lunch, the hosts were reduced to 30/4. After Lunch added 30 after Shumba was exhausted, the duo continued the game.

Kaia teamed up with Regis Chakabva to provide stability, but Hasan Ali caught Kaia in front with a brilliant yorker. Kaia hit seven fours in his 94-ball inning.

Chakabva was the next man to leave in Hasan Ali’s following over, nicking straight to Imran at slips. With the final three dismissals, Shaheen put an end to the visitors’ innings.