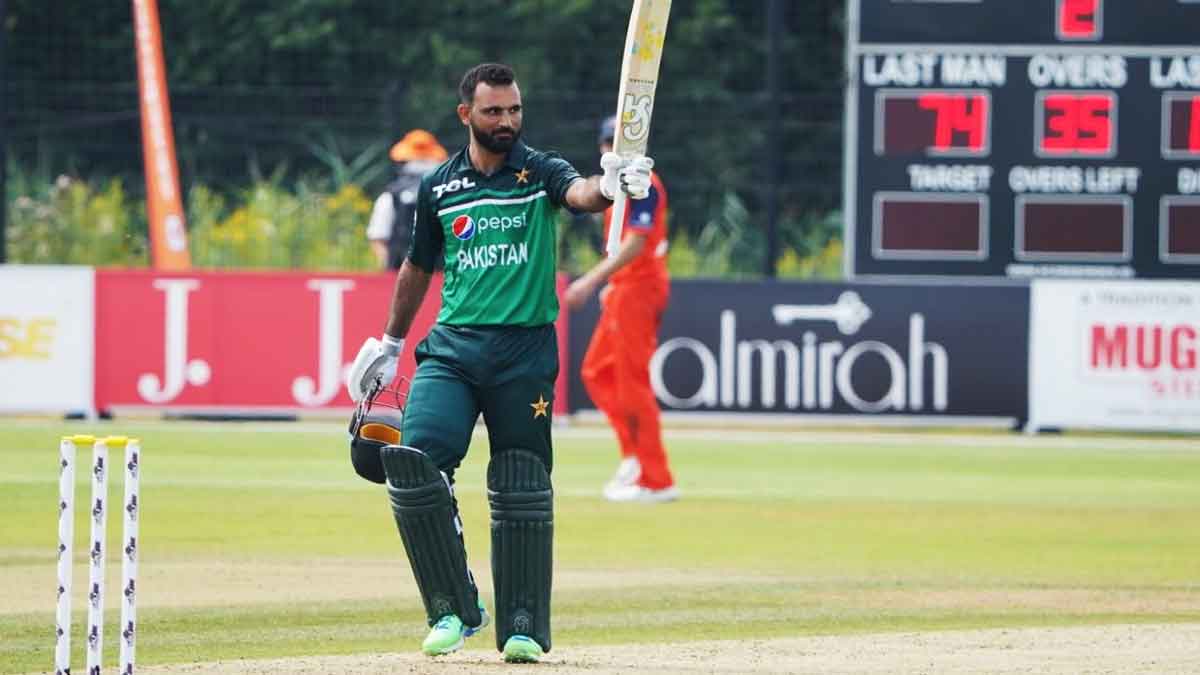 At the first of a three-match series against the Netherlands in Rotterdam, Pakistan won by a margin of 16 runs thanks to opening batsman Fakhar Zaman’s sixth one-day international (ODI) century.

At the VOC Cricket Club outside the Dutch harbour city, Pakistan won the toss and decided to bat in the steamy circumstances on a day when big scores were anticipated on a slow wicket.

However, the tourists struggled at first before hitting a dominant 314-6 after 50 overs.

Despite a heroic run-chasing effort, the Dutch lost to a determined Pakistani squad that had hundreds of supporters and finishing on 298-8.

Pakistan’s batting was initially restricted by the home team’s bowlers, who grabbed the visitors’ first wicket Imam-ul-Haq—lbw to pacer Vivian Kingma in the sixth over for a difficult two off 19 balls.

Azam was caught in a soft dismissal when he mistimed a shot into the waiting hands of Tom Cooper at mid-off, but Zaman and Azam ended up breaking loose and put on a partnership of 168 runs off 170 balls.

Two overs later, Zaman was out after being run out by the Dutch captain and wicketkeeper Scott Edwards off a grave throw from Bas de Leede to deep mid-wicket.

The spin bowling of young men Aryan Dutt and Tim Pringle caused issues as the Dutch bowlers did well to contain Pakistan, who were poised for a higher score.

The second game of the series will be played there on Thursday, while the series’ final game is slated to take place at the same venue on Sunday.