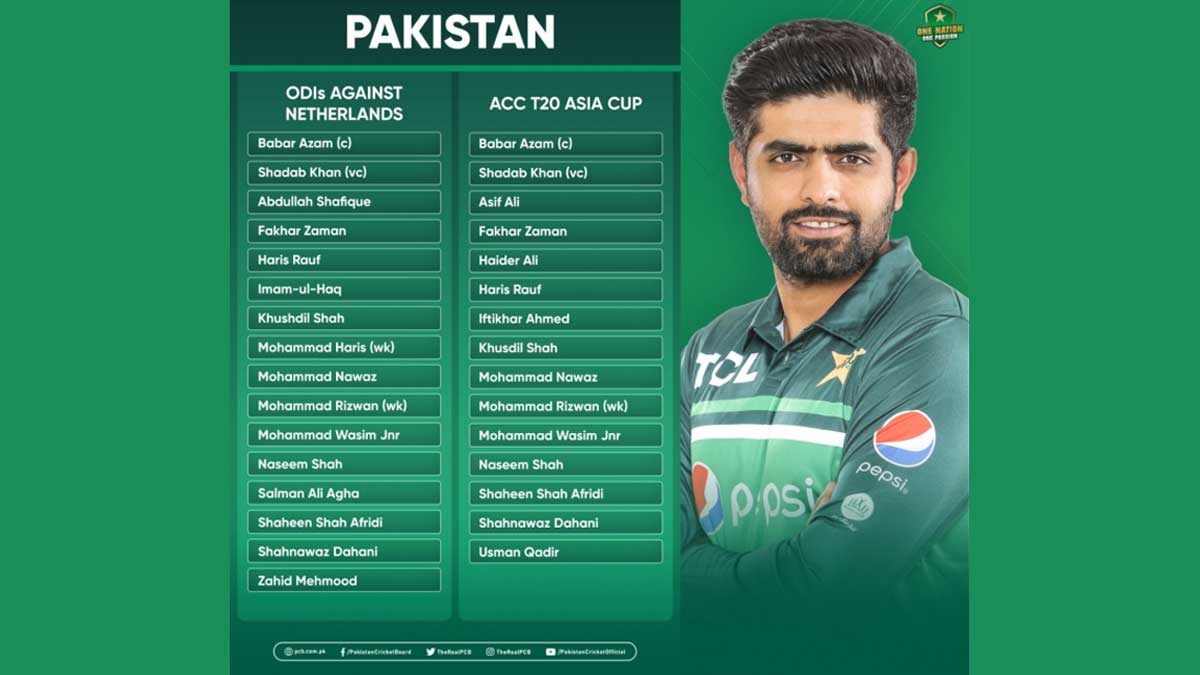 A 15-person side for the ACC T20 Asia Cup and a 16-person squad for the matches against the Netherlands for the ICC Men’s Cricket World Cup Super League were both released by the Pakistan Cricket Board (PCB) on Wednesday.

While the ODI series against the Netherlands will take place from August 16–21, the Asia Cup will be played in the United Arab Emirates (UAE) from August 27–September 11.

Hasan Ali has been replaced in both squads by fast bowler Naseem Shah, and Salman Ali Agha, who travelled to England in 2021 for the ODIs, has been called back.

Shaheen Shah Afridi has been kept in the ODI and T20I squads, and the team trainer and physiotherapist will supervise his recovery process and make the decision regarding his return to international cricket.

Chief selector Muhammad Wasim claimed in a statement that the PCB had only made “changes that were essential.”

“Both events are vital for us, thus in collaboration with the captain and head coach, we have chosen our best available players,” he stated.

The players’ training camp will take place in Lahore from August 6–11, and two 50-over games will be played there as well.

The side will leave in the early hours of Friday, August 12, bound for Amsterdam for matches against Netherlands and T20I players will join the team in Dubai on August 22 for the ACC T20 Asia Cup.

Group A – India, Pakistan and Qualifier (one of UAE, Kuwait and Hong Kong to qualify)