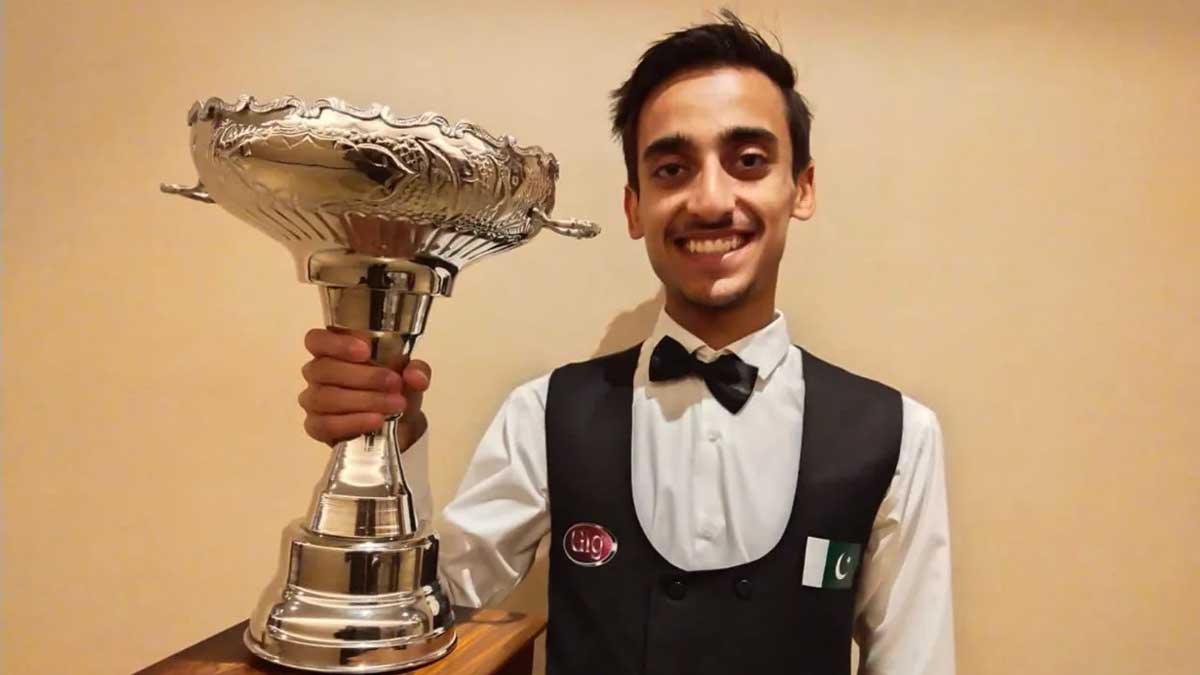 Ahsan Ramzan, a 16-year-old snooker prodigy in Pakistan, desires the government and society to consider cueists as seriously as cricketers.

On Friday, Ahsan overcame Iran’s Amir Sarkosh in a nail-biting final to become the third Pakistani to win the IBSF world snooker championship. Mohammad Asif had won the title twice before, therefore this is the country’s fourth IBSF title overall.

Soon after his victory, Ahsan stated that “words are insufficient” to explain his sentiments about being the world champion at the age of 16 years old.

Read more: Muhammad Ikram – the snooker sensation from Pakistan who plays without arms

“At this age, I can’t ask for something more.” I’m unable to put my emotions into words. Only a sportsperson can understand or describe what it’s like to be a world champion. “I owe this accomplishment to Almighty Allah,” he said.

Ahsan Ramzan, who was ranked 27th in the tournament, had stunned Mohammad Asif, the defending champion, in the semi-final before defeating Iran’s Sarkosh in the final.

After winning the semifinal on Thursday night, the teenager was unable to control his emotions. Later on, his photo of him crying while being hugged by Asif went viral on social media.

“It was the moment when I realized I was on my way to become world champion,” Ahsan said after semifinal win.

The snooker’s rising star from Lahore explained that getting from the city’s narrow streets to the World Championship stage wasn’t simple.

“I started playing snooker when I was about 6 or 7 years old.” It wasn’t easy for him to get out of his house, first to the streets of his neighbourhood, then to the main roads of his city, and then to play provincial and national championships before qualifying for this,” he said.

“On a snooker table, most people only see one player, but behind that one player is a long fight and journey.” “I’d also like to thank everyone who has supported and encouraged me, from my friends to club mates, from my first club to PBSA; it wouldn’t have been possible without their unwavering support,” the teenager stated.

Ahsan Ramzan anticipated that his triumph will help snooker gain recognition in Pakistan.