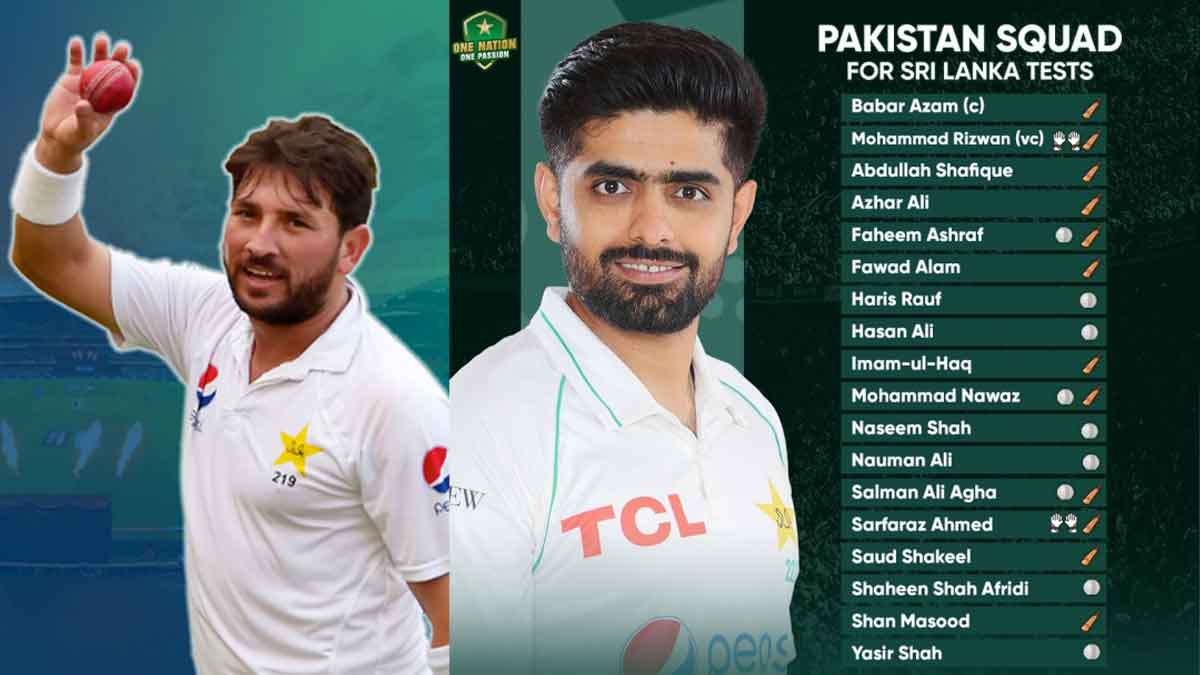 The team for the forthcoming two-match Test series against Sri Lanka, which is set to take place next month, has been released by the Pakistan Cricket Board (PCB).

Yasir Shah, Pakistan’s crucial leg-spinner, will make his comeback to the men’s national cricket team after the announcement by chief selector Muhammad Wasim of the 18-member squad for the Test series.

Having taken 24 wickets at an average of 19.33, Yasir was crucial to Pakistan’s 2-1 triumph over Sri Lanka on their previous tour to the country in 2015. In August 2021, he played the West Indies in his 46th and last Test. He was unable to join the national squad, because he had lost his fitness since then.

Pakistan vs Sri Lanka first test will be hosted by Sri Lanka.

After recovering from his fitness issues, the leg-spinner has now officially joined the team.

Another inclusion to the team is Salman Ali Agha, who has 4,224 runs scored and 88 wickets taken in first-class matches.

The third player to be recalled is Mohammad Nawaz. He was selected for the Australia Test team but was later removed owing to injury.

A three-match ODI series and a two-match Test series were initially planned for Pakistan’s tour of Sri Lanka in 2022. The ODI matches, however, were cancelled in May 2022 because they were not a part of the ICC Cricket World Cup Super League for the years 2020–2023.