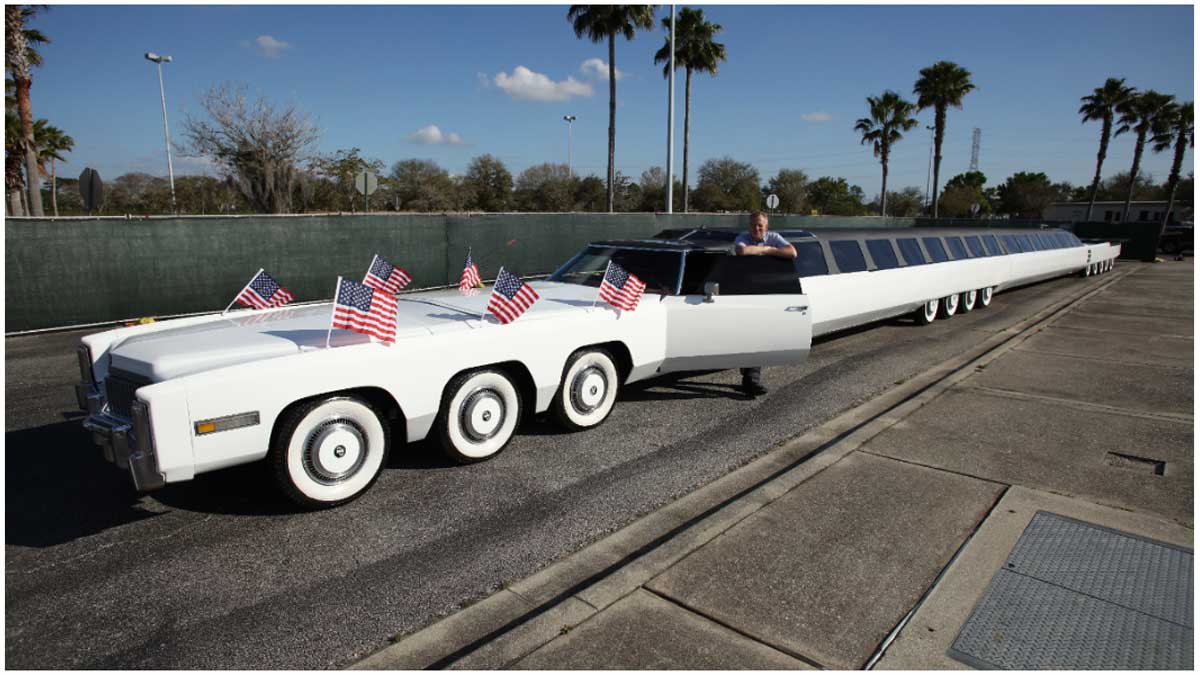 After being refurbished by its owner, the world’s longest car has grown even longer. A mini-golf course, jacuzzi, TV, fridge, and a helipad are all included in the ‘Super Limo.’

After breaking its own Guinness World Record in 1986, the automobile known as “The American Dream” now stands at almost 100 feet (30.52 metres).

Jay Ohrberg built the amazing car for the first time in 1986 in California, USA. The car was almost 60 feet long at the time (18.28 metres).

Micheal Dezer, the automobile’s current owner, purchased the car on eBay and renovated it, breaking the car’s own Guinness World Record set in 1986.

The vehicle has a seating capacity of more than 75 people, 26 wheels, and can be driven from both ends.

Equipped with a swimming pool, golf putting green and a helipad.

To put its enormous size into context, most cars are between 12 and 16 feet long (3.6 to 4.2 metres). The limo can be driven from either end and can accommodate up to 75 people. It has a jacuzzi, mini-golf course, helipad, and even a swimming pool with a diving board, making it more suitable for a king.

The remake of the car, according to the Daily Mail, cost over $250,000 and took three years to finish.

The one-of-a-kind car was previously rented out for film appearances and showed up in a number of films.