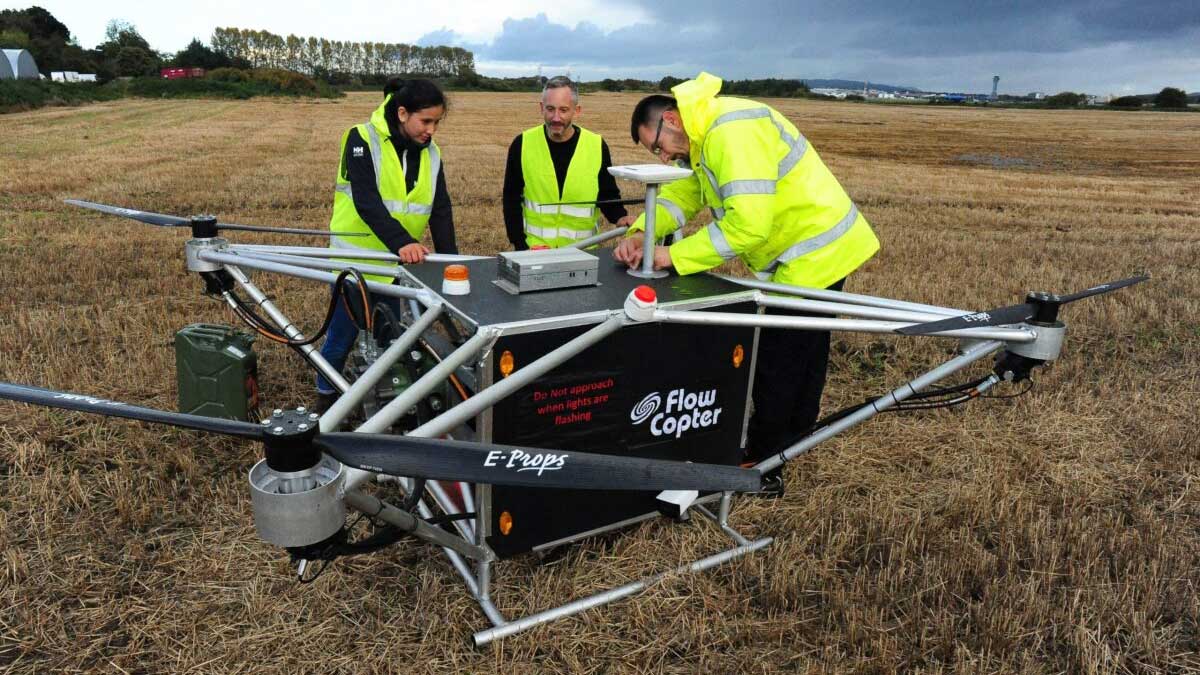 Flowcopter, a Scottish firm, claims to have created the world’s first hydraulic drone. Instead of batteries and electric motors, the drone employs pumps and gas engines to provide up to six hours of flight time.

The company claims that the drone is substantially lighter, faster, and less expensive than any other drone now on the market, and that it also covers a greater distance.

Most drones today employ electric motors or hybrid gas propellers with an electric-powered lift system, according to research by Gizmodo. Electric motors make it easier to navigate, but they make it more difficult to operate huge things, such as drones with four or more propellers that need to be adjusted for wind, direction, and gravity on a frequent basis. Meanwhile, Electric motors also require batteries that degrade over time in terms of capacity.

Flowcopter developed a new approach of employing hydraulic motors to power drones to tackle this problem.

Flowcopter uses a Digital Displacement Pump, a new type of hydraulic pump that is incredibly beneficial and has superior control of independent motors, allowing for simple altitude adjustments. In comparison to the best electric motors on the market, the pump’s most crucial feature is its superior power-to-weight ratio.

The pump delivers a liquid fuel-powered “light-aircraft certified engine” with a 20x energy-to-weight ratio compared to the finest battery technology on the market.

The Digital Displacement Pump, in conjunction with the engine, helps manage the hydraulic fluid, letting the drone to fly over long distances with comfortable.

Each hydraulic motor has a horsepower rating of 129 and weighs less than 5.4kg.

The startup claims that the drone can fly for up to 6 hours without refuelling, travelling nearly 900 kilometres and carrying up to 150 kilogrammes.

The drone may also transition to a non-gliding flight mode throughout the 6 hours of flight, allowing its propellers to rest and reducing fuel usage.

According to Flowcopter, the drone will mostly be utilized for short-range delivery. However, if necessary, the drone can be outfitted with a camera that can cover greater distances.