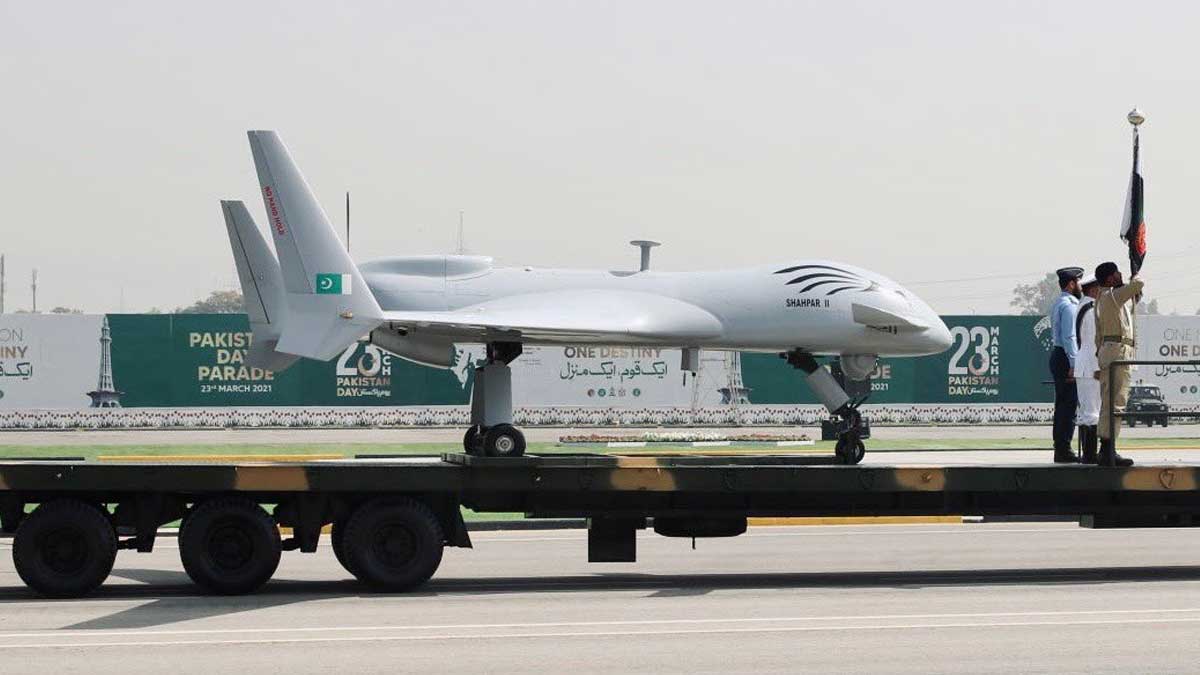 Besides the everyday development of smartphones and automobiles, Pakistan has just revealed a whole new drone group to the world. It has been entitled with the Shahpar-II drone and it has relatively a lot of competencies.

It has been revealed that this type of drone comes under ‘MALE’ referring to as a Medium Altitude Long Endurance drone.

Moreover, the main objective of a drone is reconnaissance i.e. surveillance. These drones can persist at greater altitudes and can capture pictures in the highest of definition. That said, when it comes to it, the drone can be a device for havoc and attack too.

The Shahpar-II drone was unveiled at the Defense Expo going on in Egypt. It is being conducted from 29th November till 2nd December 2021. The details show that the drone has a range of approximately 1100 Km, along with a real-time data link range of 300 Km.

One of the most fascinating features of the specifications is that the drone has competencies that stretch beyond the line of sight. It can also work even when it cannot see directly in front of it.

Nowadays, drones frequently have two purposes; Recon and Engagement. With regard to recon, the Shahpar-II can fly as high as 20,000 feet for as long as 14 hours. While with engagement, the height decreases to 18,000 feet, and the strength time is halved.

The BURQ missile weighs 45 Kg, which can involve quite a lot of objects, within a radius of 8 Km, such as,

In addition to its advanced specifications, the drone is made of a lightweight material that permits it to hover easily through the clouds, without any delay. Both engagement and surveillance payloads can be assimilated within the Shahpar-II.

Now Pakistan has entered the ‘MALE’ UCAV (Unmanned Combat Aerial Vehicle) field with this launch and they aim to ship units to countries in the future.