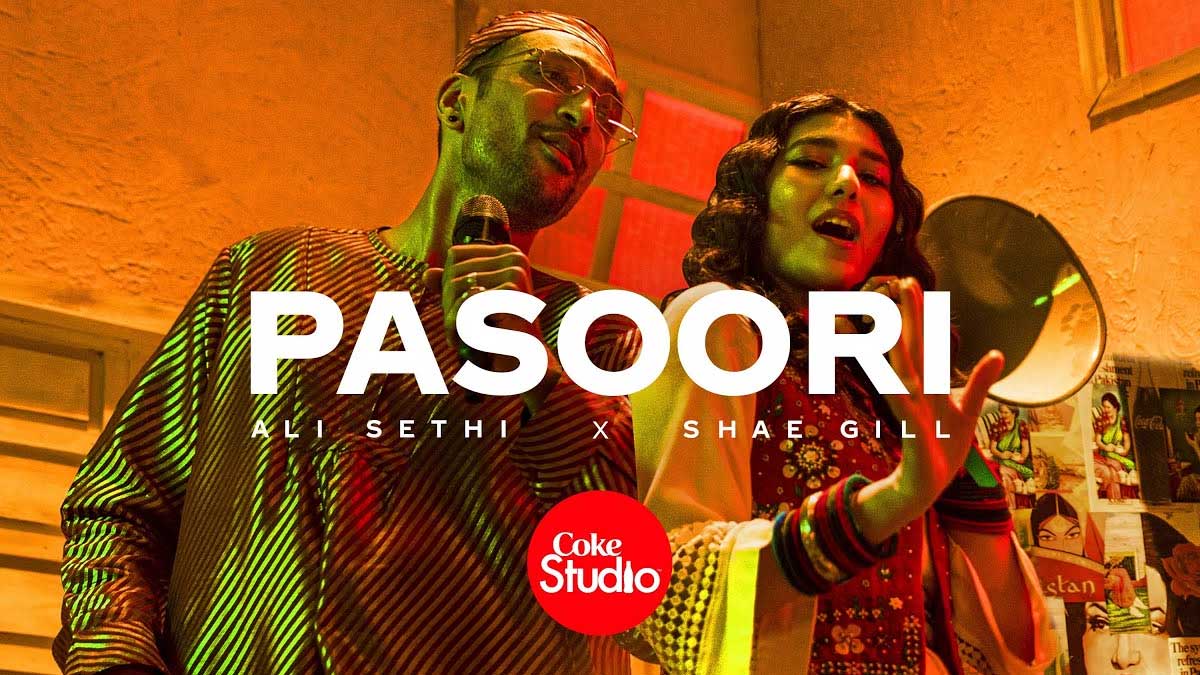 Ali Sethi and Shae Gill’s ‘Pasoori’, the famous Coke Studio track, broke the records as it has still listened to weeks after its release- it has incited covers, fan art, and a lot of TikTok. After the virality, the hit banger song is now at global ranking no 3 on Spotify’s Global Viral 50 list and Sethi is in seventh heaven about the news!

The song has also topped Indian Spotify charts however none of this comes as a surprise to anyone.

Ali Sethi shared a screenshot of the global chart, posting a story in the caption that linked the inception of ‘Pasoori’ to the complete song one year later, presenting that CokeStudio producer Xulfi’s prediction came true.

Read more: Hasan Raheem and AP Dhillon the most listened to artists on Spotify in Pakistan

“One year ago, when Zulfiqar J. Khan heard this tune I’d sent him on a voice note, he told me with an enormous calm that it will enter the global charts. I laughed, drank my coffee and put it out of mind. Today I woke up to this… Insanely happy for Abdullah Siddiqui, Shae Gill, Sherry Khattak and Zulfiqar J. Khan — many many congratulations to us and a EDDA VADDA [really big] thanks to all you lovers — dildaars [beloveds] and sab yaars [all friends] — who are pow-ing this #pasoori at the GLOBAL LEVEL.”

Regardless of having predicted the success of Pasoori, Xulfi was still amazed by the news and extremely grateful. “Speechless. Even though it was part of our vision that our music, Pakistan’s music, reaches the global charts, this happening, in reality, has blown me away beautifully. Blown all of us away. Allah ka shukar hai [thank God]. Thank you people for the infinite love you’ve given to the music. Infinite. Well done team!”

Moreover, associate producer Abdullah Siddiqui was also blown away and appreciative of the love. “I’m running out of words. Thank you all for the love you’ve shown ‘Pasoori’. I’m still in disbelief that these sounds that existed only on our devices a year ago are now echoing around the world. It just feels like a fantasy. Ali Sethi, Shae Gill, and Zulfiqar J. Khan, it’s been a privilege to live this alongside you.”