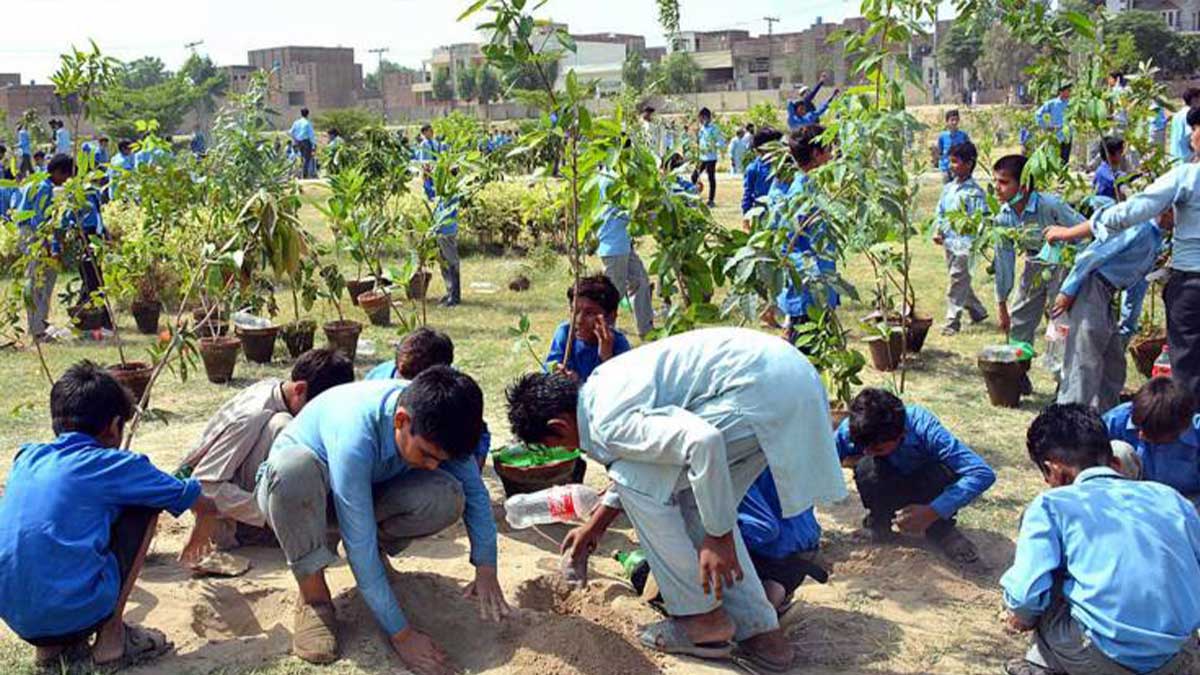 A world record was formed by planting 100,000 saplings concurrently in Faisalabad district by the district administration under the Prime Minister’s 10 Billion Tree Project.

According to details, Minister of State Farrukh Habib in his message on the social networking website Twitter said that a tree-planting campaign is ongoing by the Prime Minister concerning climate change, today one lakh saplings will be implanted in all tehsils of Faisalabad.

Furthermore, the provincial minister cherished the efforts of the district administration in planting saplings at the same time. He said that tree plantation was need of the hour. The commissioner said that DC Muhammad Ali had also set a record on the last day of his posting in Faisalabad and made the name of the district bright.

The DC said that he was pleased to set a record on the last day of liability in Faisalabad. He said that Faisalabad is the first district where saplings planting was initiated in all the tehsils at the same time.

Speaking at the ceremony, Provincial Minister for Culture & Colonies Khyal Kastro said that the Ten Billion Tree Tsunami project was enduring effectively under the vision of Prime Minister Imran Khan. He said that Miyawaki forestation was being made in the district by the Parks & Horticulture Authority, which would help decrease the environmental pollution.

Besides this, he said that Miyawaki forestation was the finest solution for making the environment clean and green. He said that under the ‘Har Bashar Do Shajar’ (Two Trees Every Person) motto, every citizen should plant a minimum of two saplings for providing fresh air to the coming generations.