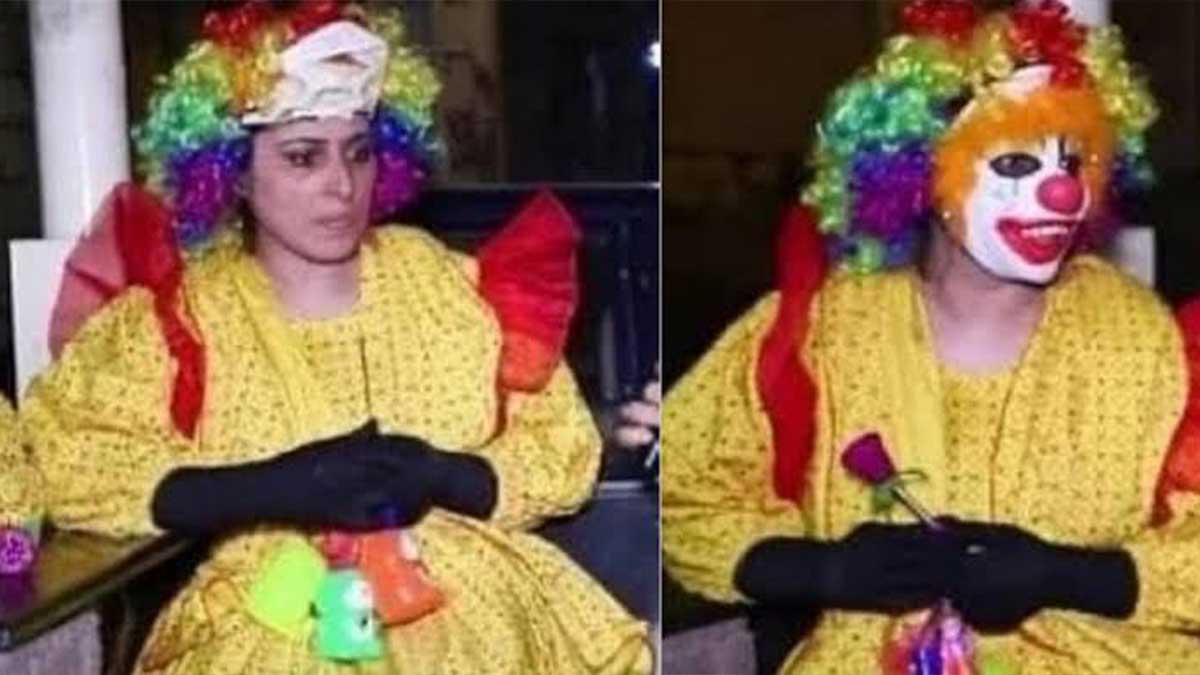 A medical student from Lahore, Saima Sarwar, was found to be working as a street clown for her mother’s medical treatment. This girl’s story is inspiring because of her hard work and determination, however, it also reveals a bitter truth about our country.

According to the sources, Saima is a young medical student who sells toys and dresses up as a clown in the evening. She dresses up like a clown and comes to corners of the Mall road, in this way she can make the children joyous. It has been revealed that Saima has been doing this for a long time, she depends on this activity to earn some money.

Saima belongs to a very poor family, her life upturned when her father and two brothers died within three years, leaving no one but herself to take care of her ill mother. She is a woman of great self-esteem so instead of begging she has started to work on the streets.

In an interview, Saima told that there was a time when she was so helpless that she even considered begging on the streets. However, instead of losing hope, she decided to become a street clown and sell children’s toys.

The medical student said that working on the streets is not a piece of cake for her. Wearing such a costume in this heat and spreading laughter is beyond tough.

However, now the Punjab government has announced to help the medical student in all possible ways.

The Chief Minister’s office has contacted Saima. Orders have been issued to constitute the Medical Board for a full diagnosis of her mother with an estimation of treatment. All the expenses will be endured by the CM.