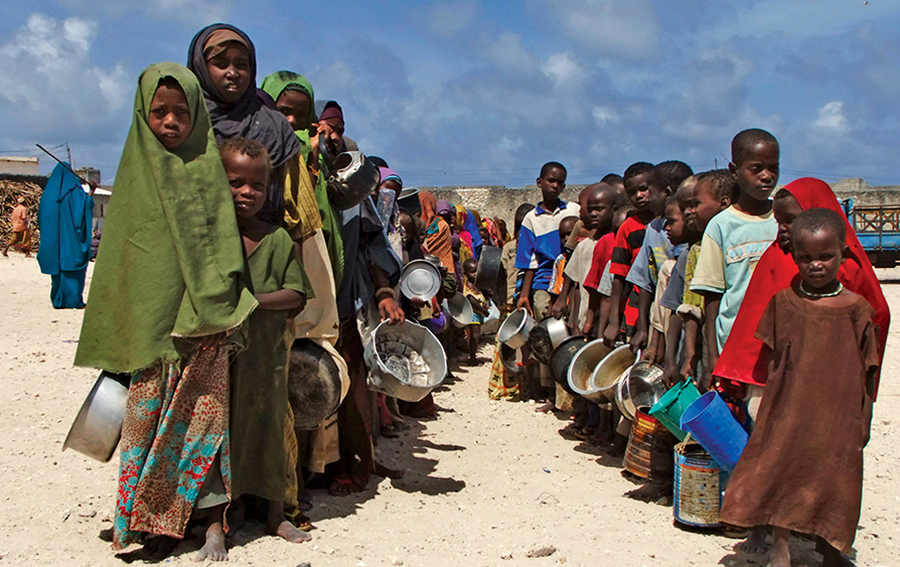 The Executive Director of the United Nations World Food Program, David Beasley has said that the world can face the worst famine in 2021, especially the poor and developing countries.

Beasley said that $15 billion are required to tackle the situation. He said that out of this amount, $5 billion would be spent to control the famine while the remaining $10 billion will be spent on the children who are victims of food deficiency. He said that if this amount is not given to the World Food Programme, the world will be facing the killing famine which would be the worst of history.

The Head of the world food program further said that due to the full financial support of international leaders, this institution has been able to fight with the food problems in the world but it is apprehended that the required amount will not be available next year, one of the reasons of which will be Covid-19.

World Food Programme has been awarded Noble prize this year and this is the reason that the reputation of this institution has gone high. This is also why now the international leaders have started giving him 45 minutes for talking instead of 15 minutes.

Beasley commented that only talking would not resolve the issue rather the provision of finances will do the job. He said that he is planning to meet the billionaire businessmen and industrialists of the world as it seems that the governments may not come ahead in this regard.

If the required amount is not received by the world food organization, it is the apprehension that 36 countries may face the worst food deficiency problem.

In the report of FAO, it has also been mentioned that in 2019, about 2 billion people remained deprived of proper food and it seems impossible that by 2030, the world may be made free of food deficiency problem.