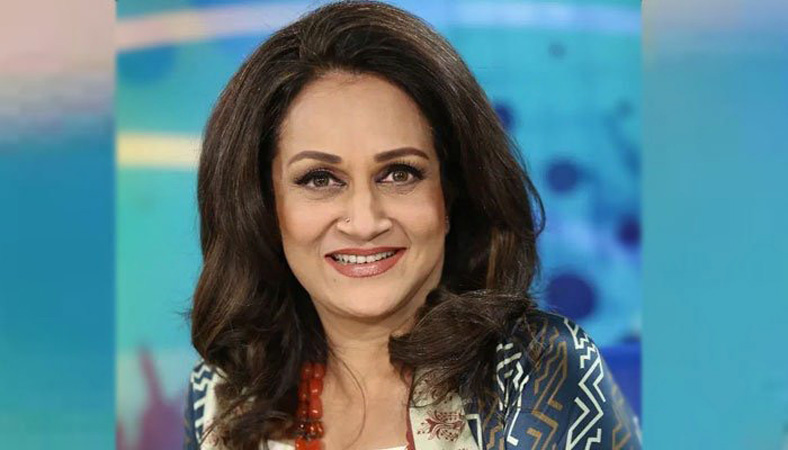 Recently, the Aangan Terha actress Bushra Ansari took to social media to share her thoughts on actors of today and those from earlier years and she thinks that actors in her time were more disciplined and punctual.

In her Instagram video captioned “Zamana nahi Dunia badal gaye hay”, she expressed that she has been asked the difference between actors in the past and actors today.

“Farq zamane main har cheez ka hota hai [Everything tends to evolve with time]”, she said, adding that you cannot draw comparisons between different periods in time. “You cannot, for example, say that fashion designers in a particular time were better.”

Bushra Ansari cautioned against comparing artists, actors and advised that in every profession, one needs the kind of attitude and commitment that helps in making their work shine.

She went on to say in her Instagram video, “Attitudes change, environments change — even a change in the economic situation plays a huge role as we can see today. Traditions change and relationships evolve, so we can’t point out a specific difference.”

She is working in the drama Zebaish alongside her niece Zara Noor Abbas, Asad Siddiqui, and sister Asma Abbas. It has been directed by Iqbal Hussain and written by Ansari herself.

“Despite all that, every profession demands commitment, a certain professional attitude which helps your work grow,” she continued. “It is true that in our time, we were used to a certain kind of discipline and punctuality.”

Furthermore, it was reported on Saturday that veteran Pakistani actor Bushra Ansari has said that new actors should be encouraged instead of being targeted with criticism.

She added that we must appreciate and support new talent if we want to see variety in our industry as the new age demands a new style of work and treatment with actors.

In past, the scolding of seniors was taken as a token of love but nowadays we cannot even reprimand children in front of all at our homes, Bushra Ansari said while adding that new actors are also very sensitive in this regard.