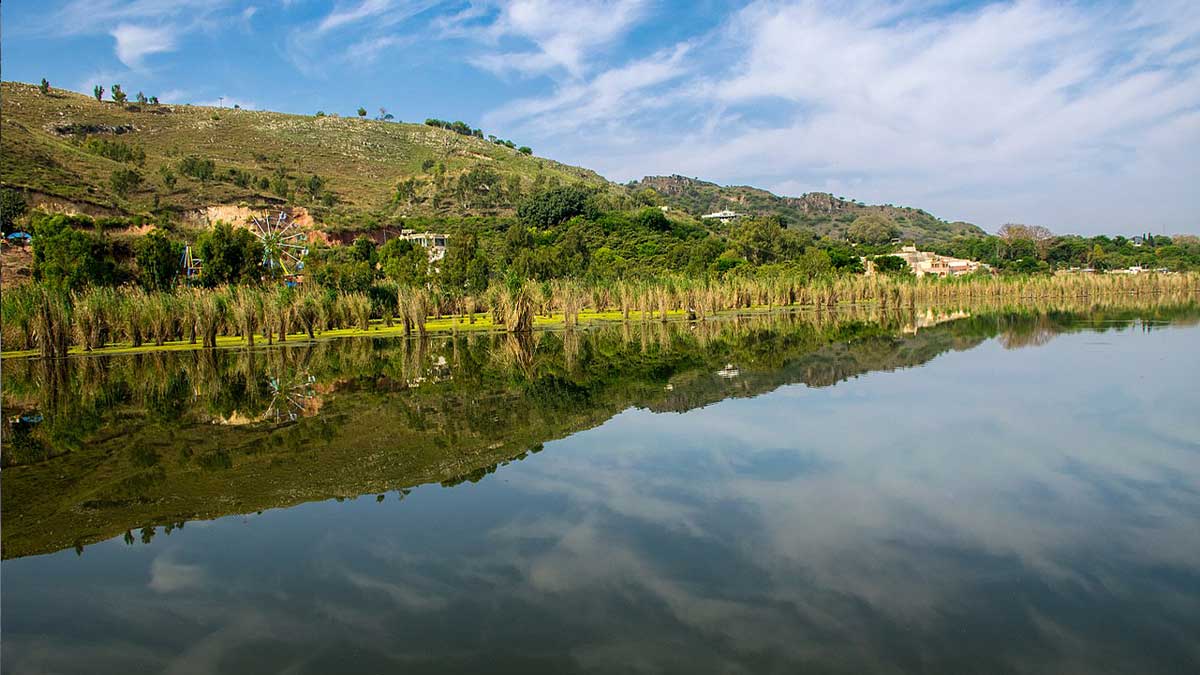 Although new roads and affordable transport options have attracted tourists for entertainment purposes which are increasing commercial development, the other side of the picture, however, shows increased pollution, deforestation, and wildlife’s natural habitat disruption.

One of the examples is Kallar Kahar, home to the historic Takht-e-Babri, located beside the Islamabad-Lahore motorway. It has been selected as a tourist enlargement spot and new shelter for animals of the congested Lahore Zoo, but unfortunately for the two inventiveness happening simultaneously looks like fantasy.

Naseem-ur-Rehman, Director of the Department of Environmental Protection in Punjab, says, “Upsurge of tourists at places like Kallar Kahar means more hotels and restaurants, more vehicles and the ultimate loser is the natural environment because of how much these development initiatives harm it.”

Meanwhile, Dr. Zulfiqar Ahmed, an expert on ecotourism, reverberated the thoughts of Naseem-ur-Rehman.

While talking to the media, Dr. Zulfiqar said, “The pollution problem at tourist spots is a global issue but it has become more acute in Pakistan’s context.”

Dr. Zulfiqar shares his sentiments that allowing entrance to more scenic spots aggravates the pollution problem owing to the waste generated by visitors.

“Our beautiful landscapes, forests, and snow-capped peaks are losing their natural beauty with the advent of shopping bags and other junk items. The presence of these objects in forests, rivers, canals, and oceans is harming wild and marine life,” he cautioned.

Besides this, the Galiyat Development Authority (GDA), which supervises the preservation and upkeep of the several hill resorts in the Abbottabad district, also confirmed that the amount of litter has increased.

The GDA officials believed that a number of campaigns were held to curtail the nuisance of littering but the overcrowding of the hill resorts has been a major constraint in efforts to minimize public littering.

Ahsan Hameed, a GDA representative, informed the media that up to now the authority has collected almost Rs 1.3 million under fines and penalties imposed on littering.

Furthermore, a lawyer in Islamabad and a hiking lover, Warda Sheikh said, “The lockdowns increased visitor influx on hiking trails which is not a bad thing but often large groups having picnics on the trails would leave behind massive plastic waste.”