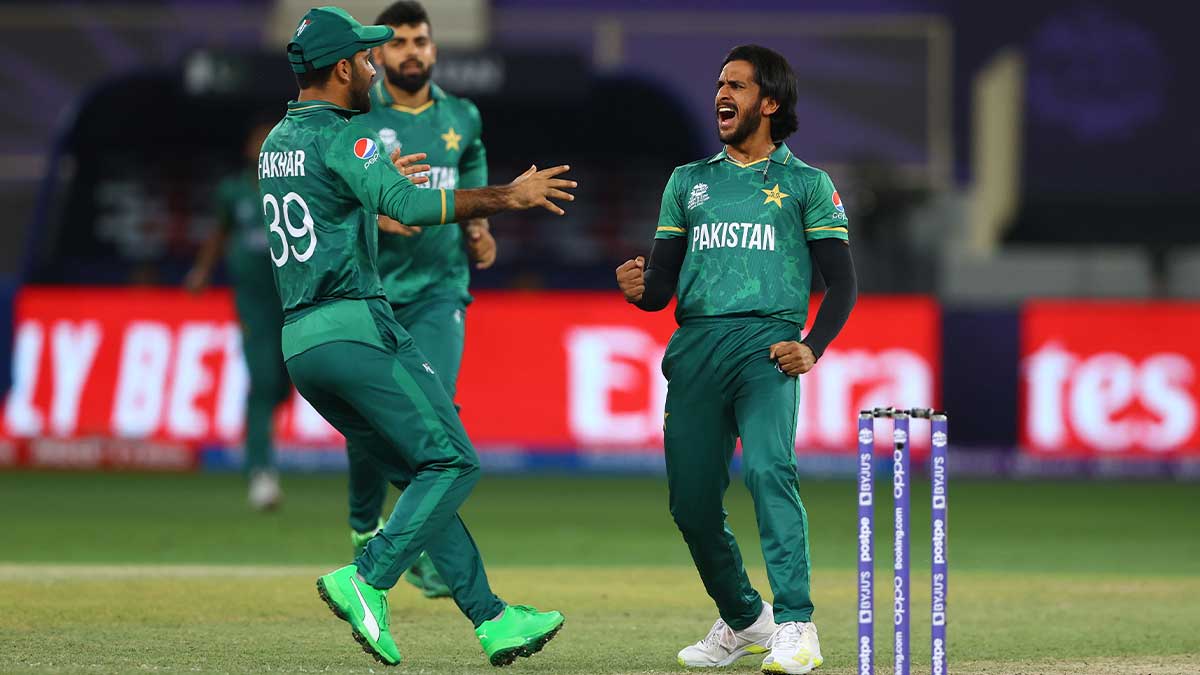 Pakistan advanced to the semi-finals of the T20 World Cup after defeating Namibia by 45 runs in Abu Dhabi – their fifth appearance in the semi-final in seven tournaments.

After winning the toss and batting on a greenish Sheikh Zayed Stadium pitch, Babar scored his 23rd Twenty20 international fifty with a 49-ball 70 runs, while Rizwan finished with a 50-ball 79 not out.

After Pakistan got off to a slow start, scoring only 59 in the first 10 overs, the pair scored 113 for the first wicket. Pakistan finished with a flurry in the next ten overs, scoring 130 runs.

Mohammad Hafeez, a veteran, made a quickfire 16-ball 32 not out with five boundaries.

Pakistan’s tally is the second best in the tournament, trailing only Afghanistan’s 190-4 victory over Scotland in Sharjah.

Pakistan tops Group 1 with four wins in a row, and the first team to reach the semi-finals from Group 1.

Babar blasted seven boundaries before being bowled by David Wiese in the 15th over, while Fakhar Zaman was caught for five by Zane Green of Namibia.

With a pulled six off Wiese in the 19th over, Rizwan scored his eleventh half-century, before smashing four boundaries and a six in JJ Smit’s last over to score 22 runs.  Rizwan hit eight fours and four sixes throughout his knock.

Meanwhile, Namibia’s skipper heaped admiration on Pakistan’s cricket squad, claiming that the Babar Azam side was in fine form and a quality side.

In response to a question, the Namibia captain stated that he was pleased with Babar Azam’s decision and that if he had won the toss, he would have chosen to bowl first.

Meanwhile, Pakistan will face the fifth and final match of the Group stage against Scotland on 7th November at  Sharjah Cricket Stadium.