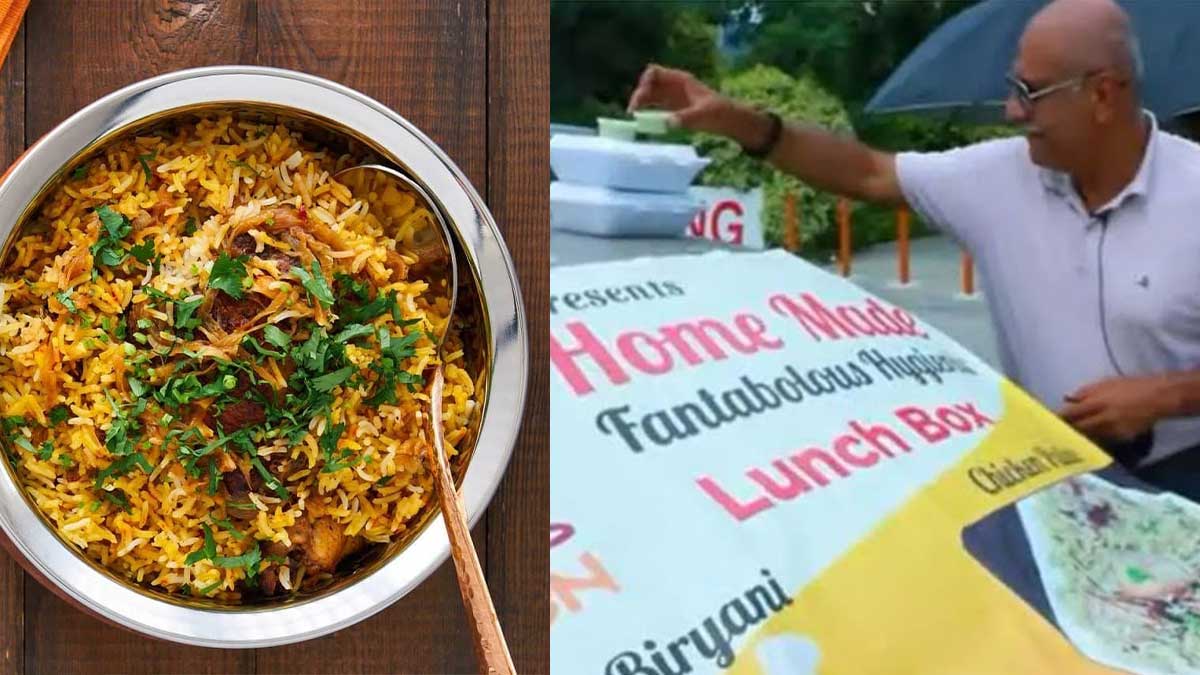 Omar Kamal was a lecturer as well as a motivational speaker but the situation of jobs in Pakistan is not a hidden thing. He being unemployed for over four years stepped up with his wife and start the new phase of struggle. Now he sells home-made biryani in the scorching sun on the streets of Islamabad.

Omar’s story of challenges and struggle has made Pakistanis emotional and motived at the same time. He received his training in Enterprise Management from LUMS and a high ranking university of Canada.

From the University of Bahawalpur, he obtained a degree in Political Science and English. Additionally, from Bahauddin Zakariya University, he received a master’s degree in International Public Relations.

While talking in an interview, he said, “I am selling my homemade chicken biryani here. I have studied enterprise management at LUMS and McGill. I have done 15 years of research on fundraising”.

“I am probably the only Pakistani in the world to have written a book on fundraising,” Kamal added. His wife is a chef who makes biryani for Omar Kamal to sell.

“I have been unemployed for four years and I have been asking people for help to find me a job or consultancy. God gave me the vision to start my own work so that my dependence on people would end. My wife agreed to run a food business, and that is how we got started.”

He further added that when he first stepped out on the road to ask people to taste his food, he was totally broken by being helpless; however, at that time, he did not quit and again stepped out of his car to sell the food.

However, he seems hopeful, “We have no shame in eating halal food and working hard,” he advises. “Many of our brothers and sisters work abroad, even for smaller jobs. If they started working here, unemployment would be entirely eradicated.”