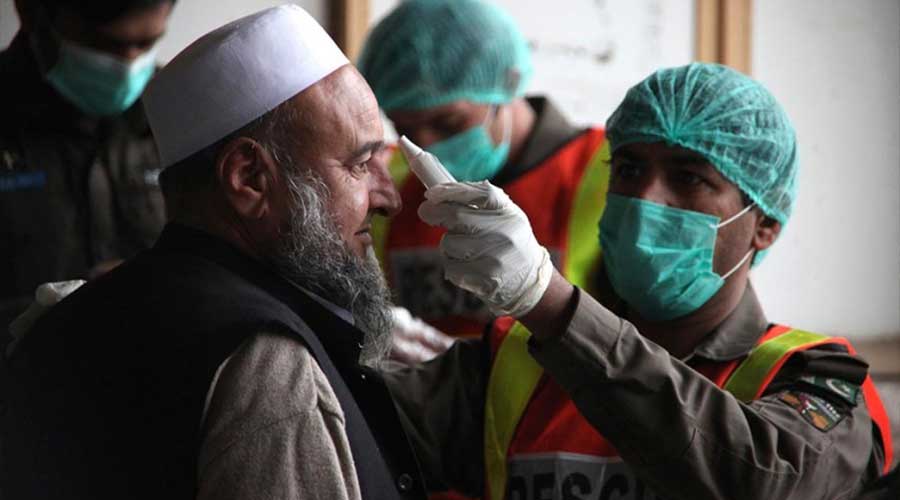 WHO has shown concern over the decrease in Covid-19 tests in Khyber Pukhtunkhwa and they want KPK to scale up the testing capacity in order to know the exact number of virus cases.

According to the officials, on Thursday, July 30, 2020 chief of World Health Organization visited Peshawar and discussed the issue of why the health minister did not heed the exact number of cases as testing capacity has slowed down here.

They said that some areas hardly hit by the pandemic and some of the areas need to increase the testing capacity like Karak, Peshawar, Swat, Abbottabad, Lower, and Upper Dir, Mardan, Swabi, Bajaur, Nowshera district.

KPK has the highest Covid-19 positivity rate of all provinces with 19 percent positive cases, according to them it was an alarming condition and more tests are necessary to get a clear picture of the pandemic in the province.

According to the WHO, the KPK government should conduct at least 5,000 Covid-19 tests per day. Currently, Punjab is conducting 7,000 tests per day and Sindh is conducting 9,000 tests. But, Baluchistan and KPK conduct only 1700 tests that are extremely less than the guidelines of WHO.

Senior officials of the World Health Organization said, “We have been urging all the provinces to conduct at least 5,000 to 10,000 tests per day to be able to know about the level of the infected people and segregate them from the general population. However, the testing number isn’t up to the desired level,”

Officials say, “On Wednesday, the province conducted only 1,150 tests which in no way meet the target set forth by the WHO. We need to enhance investigation at this stage and shouldn’t celebrate because lesser cases don’t indicate lesser infectivity,”