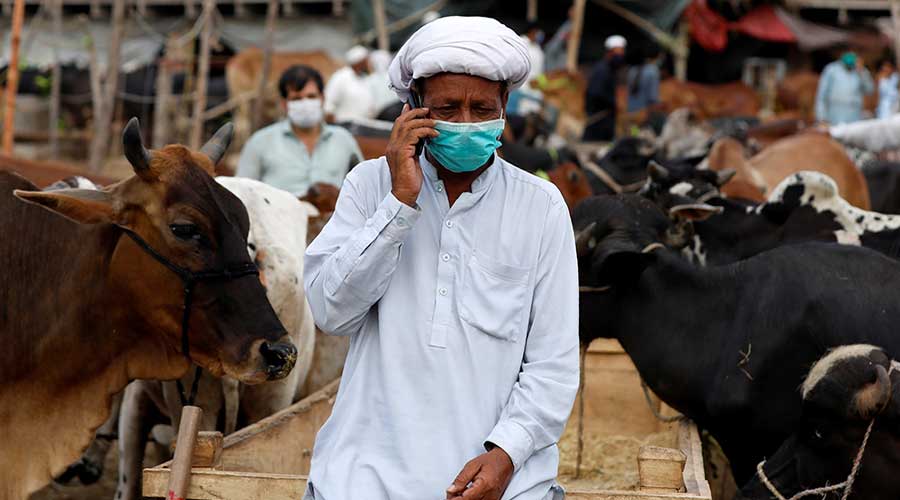 The United Nations highly admired the success of Pakistan in its fight against Covid-19 that cases have declined to a larger extent and the death toll has also slowed down but, the UNICEF warned this contentment can be shortlived if precautions are not taken during the Eid festival.

Pakistan was also warned by Premier Imran Khan when he announced that the country is among those few 4 countries which tackled COVID-19 smartly and overcame this disease but any carelessness during Eid can cause a surge in the cases.

The outbreak of the virus hit the country of 220 million people in the month of February. This was an alarming condition for an unprepared and underdeveloped country like Pakistan. A nationwide lockdown was hastily imposed for nearly three weeks which also damaged the economy. Come the Eidul Fitr and the coronavirus spiked again as people did not follow standard operating procedures properly.

But some steps in the right direction were taken like the policy of putting the virus hotspots under smart lockdown and people also adhering to strict precautionary measures to keep them safe which paid dividends and now the country has a success story to tell the world.

Unicef Pakistan Representative Aida Girma has said that the country is at a defining moment in its fight against covid-19, adding that it was critical for Pakistanis to implement the safety measures to save lives and prevent the spread of the virus.

“We are at a critical juncture of the current pandemic, witnessing a significant decrease in the number of cases, and no way can afford slackness or complacence, as was observed during Eid-al-Fitr days”, said Zafar Mirza.

SAPM Zafar Mirza has said that fortunately in the month of July cases were expected to be way more but as they seem, they declined significantly and Pakistan also resumed all activities.

However, now is the time to be careful because UN and PM, both have shown their worry regarding the spike of cases during Eidul Azha if SOPs are not followed.

Imran Khan said, “The world is acknowledging our smart lockdown strategy that has led to a gradual decline in our cases…But if we are not cautious during Eid… cases might rise again and the situation can worsen,”