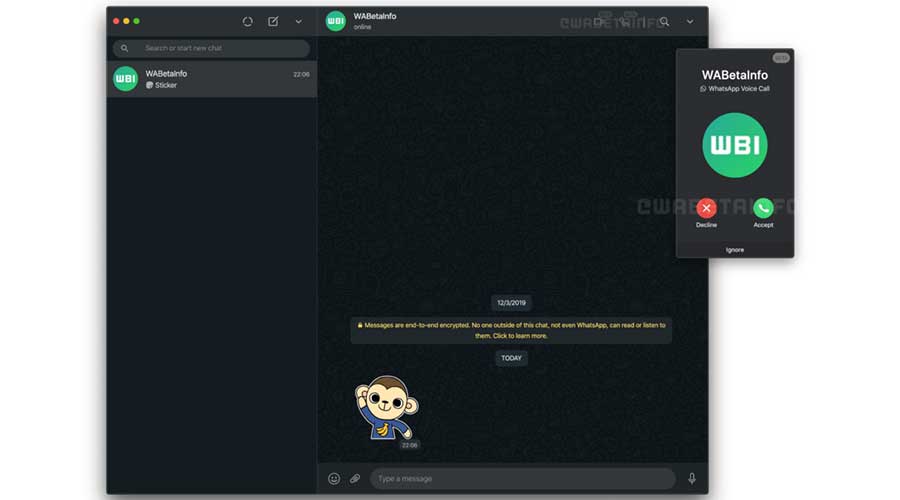 WhatsApp is working on bringing voice and video calling to its web version making it convenient for people working on their personal computers or laptops to make WhatsApp calls without a phone.

The coronavirus pandemic has changed the course of life and it has brought a boom for video conferencing calls to keep people connected with your loved ones, work at home and studying from home.

The heavy demand of video calling from all over the world during coronavirus pandemic resulted in a rise in popularity in video calling service providers such as Zoom and other platforms.

According to the reports regarding WhatsApp upcoming update, it looks like the platform will be revealing the voice calling and video calling feature for the Web version so that users will not have to shift from desktop version to WhatsApp mobile application for taking calls.

The WABetaInfo recently shared in its web update version 2.2043.7, the display is about to change and with the changes, it also includes the button for the calls which also includes an option for a conference call.

From the new update which is shared by WhatsApp, we can assume that the call function will be having their own pop-up screen so that users become more flexible while calling and managing their messages screen as well.

At the moment, the release date is not confirmed and it depends on WhatsApp when they will officially announce it in public. From the interface, it looks like the backend development is completed and fixes will be resolved during beta period.

The main advantage for WhatsApp is their End-to-End encryption mode which is very secure in these modern days. Zoom which is a leading brand in video calling feature recently started end-to-end encryption after their data breaches incidents.