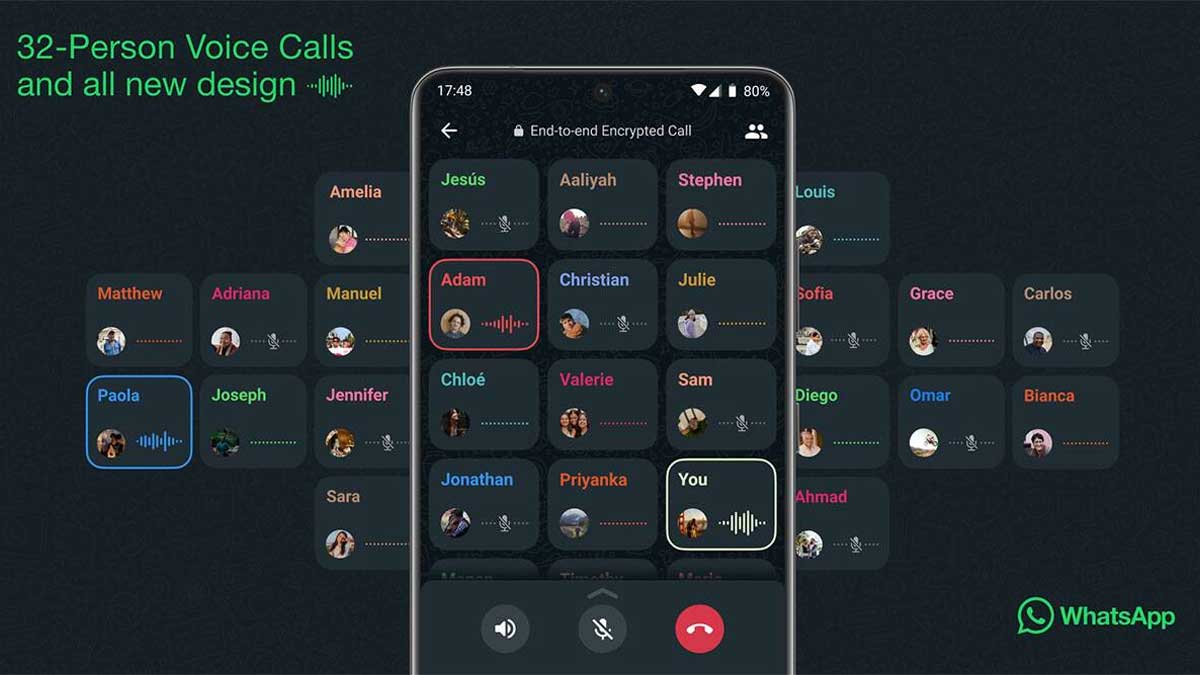 The latest update of WhatsApp for Android and iOS now allows up to 32 individuals to participate in a single group phone call. When it revealed the launch of the WhatsApp Communities feature last week, it said the feature would be available soon. Until now, the maximum number of people that could participate in a group phone call on WhatsApp was eight. Take into account that the new limit only applies to voice calls, not group video calls.

WhatsApp also wants to add other features, such as the ability to transfer files up to 2GB in size, as well as reactions to individual messages. The changelog for iOS version 22.8.80 includes this functionality.

WhatsApp’s voice message bubbles and information screens for contacts and groups have also been updated. Users will notice enhancements when accessing their favourite media in the gallery. The feature is included in Android v2.22.9.73.

The updated WhatsApp description says that a group call now support up to 32 participants, and it also provides an enhanced UI with a social audio layout, speaker spotlight, and waveforms.

Meanwhile, according to WABetainfo, WhatsApp is testing a new feature that allows users to edit recipients and audience before transmitting media with a new caption view. The functionality is also being introduced to the WhatsApp Status option, and beta testers on version 2.22.10.6 will be able to see it. However, not all beta testers will see the choice.

Users cannot select alternative recipients when transmitting media from a chat or publishing a status in the standard version, according to WABetaInfo. This is only feasible when utilizing WhatsApp’s camera tab view. When sending a photo, video, or GIF, it will now allow users to select recipients.

My contacts, My contacts except, and Only Share with are the options for recipients of status updates. This also implies that users will have more control over who sees their WhatsApp Status.