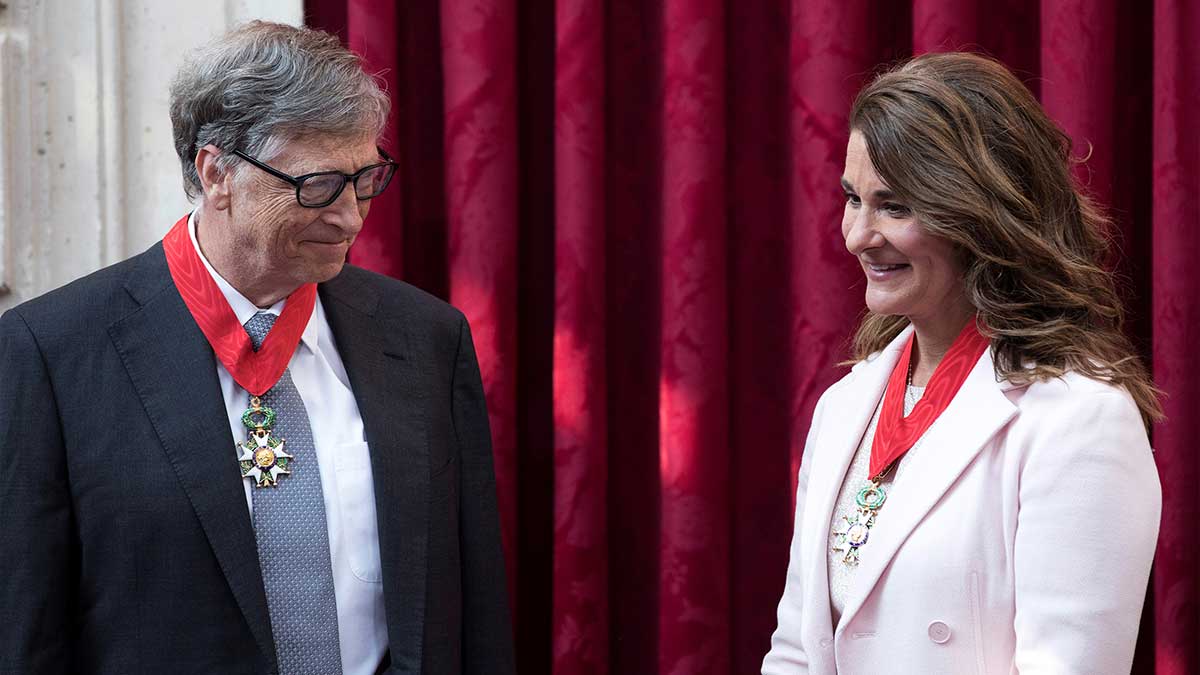 Bill and Melinda Gates announced their divorce after 27 years of marriage, surprising the world, but they said they would keep working together at the Gates Foundation. However, the couple’s impending divorce has sparked concerns about the future of their powerful foundation.

Here’s a look at the Gates Foundation, from how it operates to what projects it funds, as well as its effect on the pandemic and how the split could affect the organization.

The couple says the idea for the foundation came to them as young parents after reading a newspaper report about millions of children in developing countries dying from diseases like diarrhoea and pneumonia, which are easy to cure.

The Bill and Melinda Gates Foundation was established in 2000 to combat global disease and poverty. An initial emphasis on providing access to computers and the internet in the United States was extended to include enhancing education in general.

The Gates Foundation, which employs 1,600 people in offices around the world, gives away around $5 billion per year in fields such as global public health and growth.

Since its founding, the foundation claims to have invested $54.8 billion.

Malaria has received more than $2 billion in funding alone, with the goal of eliminating the mosquito-borne disease “within a century.”

The charity has also donated several billion dollars to a global effort to eradicate polio by ensuring that all children are immunised. During the 2014 Ebola outbreak, it donated more than $50 million.

Bill and Melinda Gates on pandemic

Last year, the organization committed approximately $250 million to aid in the fight against the pandemic, with some of the funds going toward the delivery of life-saving doses of Covid-19 vaccine to sections of Sub-Saharan Africa and South Asia.

It was also instrumental in the creation of Covax, a global initiative that assists in the distribution of vaccines to the world’s poorest countries.

Since the beginning of the pandemic, the foundation claims to have invested $1.75 billion battling Covid-19.

Meanwhile, it was accused of pressuring Oxford University to sign an exclusive deal with AstraZeneca for its vaccine rather than donating the rights to another drugmaker, which landed it in hot water.

The charity’s co-chairs are Bill, 65, and Melinda, 56, and Warren Buffett is a trustee. Mark Suzman is the company’s CEO.

Melinda was seen as heading the foundation in its early years, when Bill was still running Microsoft on a regular basis.

Bill took a part-time job at Microsoft in 2008 to pay more attention to the foundation. He resigned from the boards of Microsoft and Berkshire Hathaway last year for the same reason.

Where does the money come from?

In the early days of the foundation, the Gates donated $20 billion in Microsoft stock.

Buffett revealed in 2006 that he would donate the majority of his assets to the foundation in the form of Berkshire Hathaway stock.

Gates and Buffet initiated the Giving Pledge programme four years later, encouraging the wealthy to contribute at least half of their income to charitable organisations, including the Gates Foundation.

To date, more than 200 well-known individuals have signed the pledge.

The foundation has a nearly $46 billion endowment.

According to Investopedia, it had a large portfolio of stocks at the end of last year, led by Berkshire Hathaway and including Walmart, Caterpillar, Waste Management, and the Canadian National Railway Group.

Does divorce threaten the foundation?

Bill, the world’s fourth richest man with a fortune worth $130 billion, according to Forbes, and Melinda has vowed to continue working together with the foundation.

But, despite co-founding the Giving Pledge, their divorce could raise new concerns about their income, the majority of which has yet to be donated to the foundation.

Meanwhile, the financial terms of the divorce, which are still undisclosed, may have an effect on the Gates Foundation’s future.