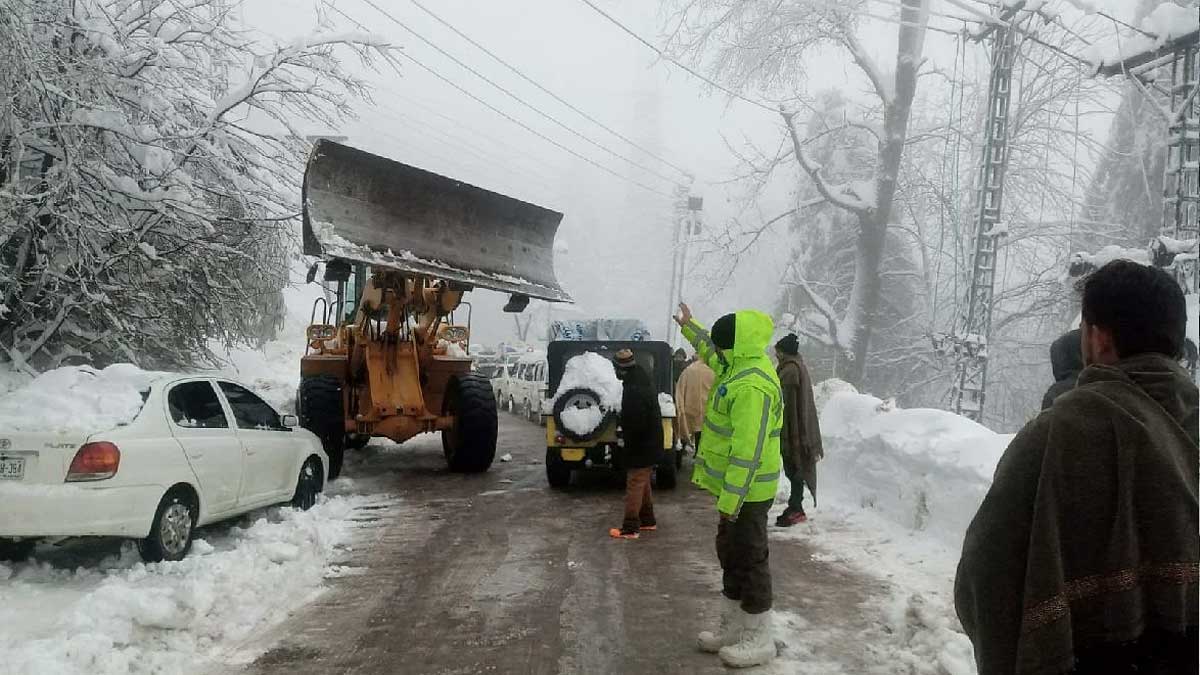 Following discoveries in a five-member investigating committee’s report on the Murree incident, Punjab Chief Minister Sardar Usman Buzdar ordered the suspension of 15 officials for being neglectful in their duties.

The chief minister presented the report’s findings during a press conference in Lahore, saying Rawalpindi’s deputy commissioner had been removed and disciplinary action had been initiated against him.

He further claimed that the Murree deputy commissioner and Murree’s assistant superintendent of police (ASP) have been suspended.

Read more: Govt announces Rs 800,000 aid for each of 22 victims of Murree tragedy

The chief minister said the 15 officials would face disciplinary action as a result of the Murree disaster because “responsible authorities were unable to execute their duty.”

“The government has delivered on its commitment of a transparent investigation into the Murree tragedy,” Buzdar said, adding that the study has exposed the authorities’ mistakes.

On 8th January, 23 people died from carbon monoxide poisoning while trapped in their cars due to heavy snowfall in Murree, which trapped thousands of tourist vehicles.

It should be remembered that the Punjab government named Murree a calamity-hit area after heavy snowfall wreaked havoc on the city following the unfortunate tragedy.

Rain and blizzards were anticipated around Murree, according to the local administration, with thunderstorms moving at 50-90 kmph and severe snowfall.

The National Disaster Management Authority (NDMA) was also chastised by the Islamabad High Court (IHC), which said it was accountable for the Murree disaster.