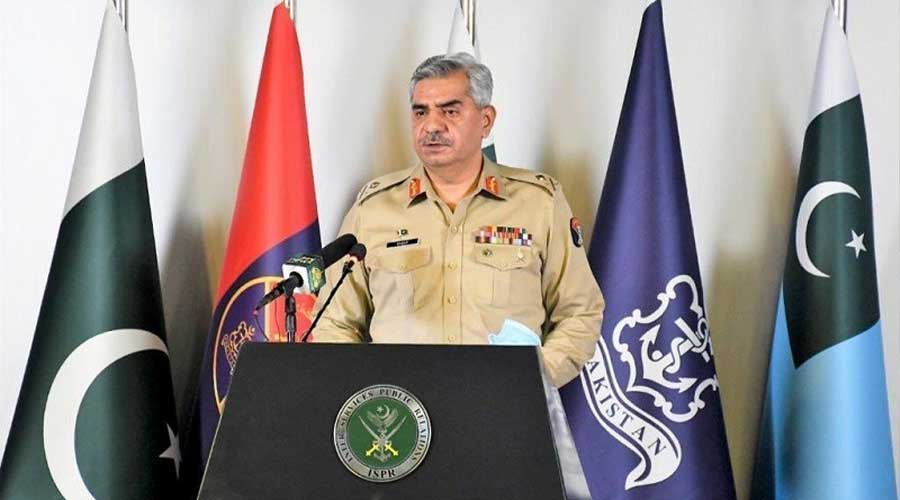 While addressing a press conference the Pakistan Army’s spokesperson reacted to the statement made by PML-N politician Ayaz Sadiq and Zubair Umar and made it clear that Indian Force pilot apprehended after Indian defeat on February 27, 2019, was handed over to India according to the requirement of Geneva Convention.

The armed media wing further added that the statement made by Ayaz Sadiq tried to twist the realities surrounding this matter of national securities.

“Such narrative can damage state security at critical time when Pakistan is confronting a hybrid war,” warned the DG ISPR.

“Pakistan’s armed forces sensible answer frightened India so much that Indian Air Force planes that had come to drop the explosives on the Pakistani people fled after dropping payload on empty highlands,” said the DG ISPR.

Furthermore, Pakistan Army is a unified force and there is no difference between rank and file of the armed forces. “Efforts are being made to form a controversy around Pakistan Army as an institute,” DG ISPR said.

The army media wing commander also rejected the remarks made by former governor Sindh Muhammad Zubair and said that he was the spokesperson of the armed forces and would never speak ‘half-truth or half lies.

“I have detailed what is truth,” he said adding that whatever he had said about a meeting with Zubair Umar is on the record.

“There is an anger over efforts being made to mark armed forces and forming a controversy around the victory of the country after Pulwama event.”

“We gave them a bloody nose and its still hurting”