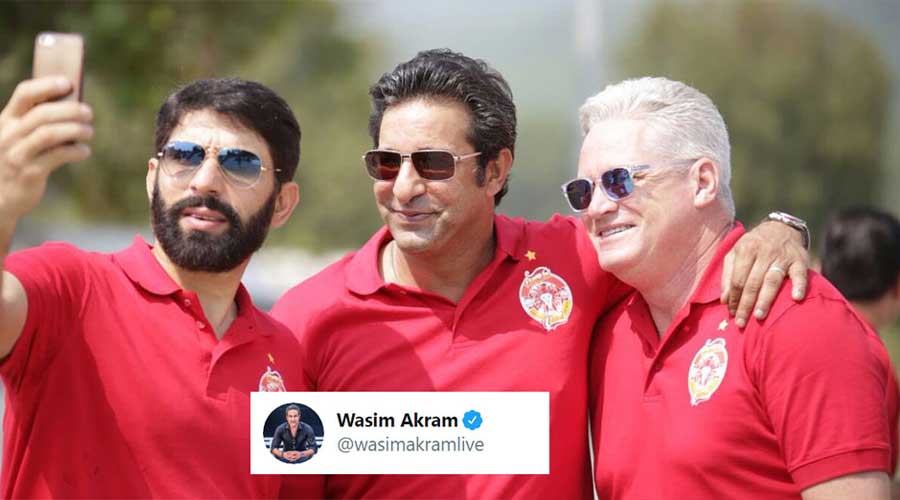 Former Pakistan captain and fast bowler Wasim Akram to take over as the interim head coach for the Karachi Kings in the 2020 fifth edition of the Pakistan Super League (PSL). However, he said that he will not become the head coach, paying tribute to Late Dean Jones, who passed away in the month of September.

While talking to reporters via teleconference, the pacer Wasim Akram said that Dean Jones will be missed in the PSL, the remaining matches of which are set to be played from November 14 to November 17, 2020.

“I am not taking Jones’s place as Kings’ head coach. I mean he will be missed throughout and we will leave his seat in our dressing room with his name,” said the legendary left-arm bowler.

While talking about Dean Jones the swing master said that he was a great ambassador for Pakistan as he kept showing the positive side of Pakistan.

Dean Jones was a great human being, says Wasim Akram

“He was a great buddy of mine. I know how he advocated for Pakistan across the world. He talked about Pakistan’s cricket, food, talent and hospitality everywhere in the world,” he said.

In addition to this, Wasim said “I believe he was a great human being and as a coach he was brilliant. No coach in this world can take his place ever,” he concluded.

The former Australian cricketer and coach Dean Jones passed away in India due to cardiac arrest, as he was busy covering the Indian Premier League (IPL) for a local channel.

Jones was the head coach of the Kings and also coached two-time champions Islamabad United.

Kings to start their campaign against the Sultans

The Kings, in the league stage, won five out of their 10 matches and ended in the second position in the points table before Multan Sultans. The Kings, captained by Imad Wasim, would be playing in Qualifier 1 against the Sultans itself on Saturday, November 14 at the National Stadium in Karachi.