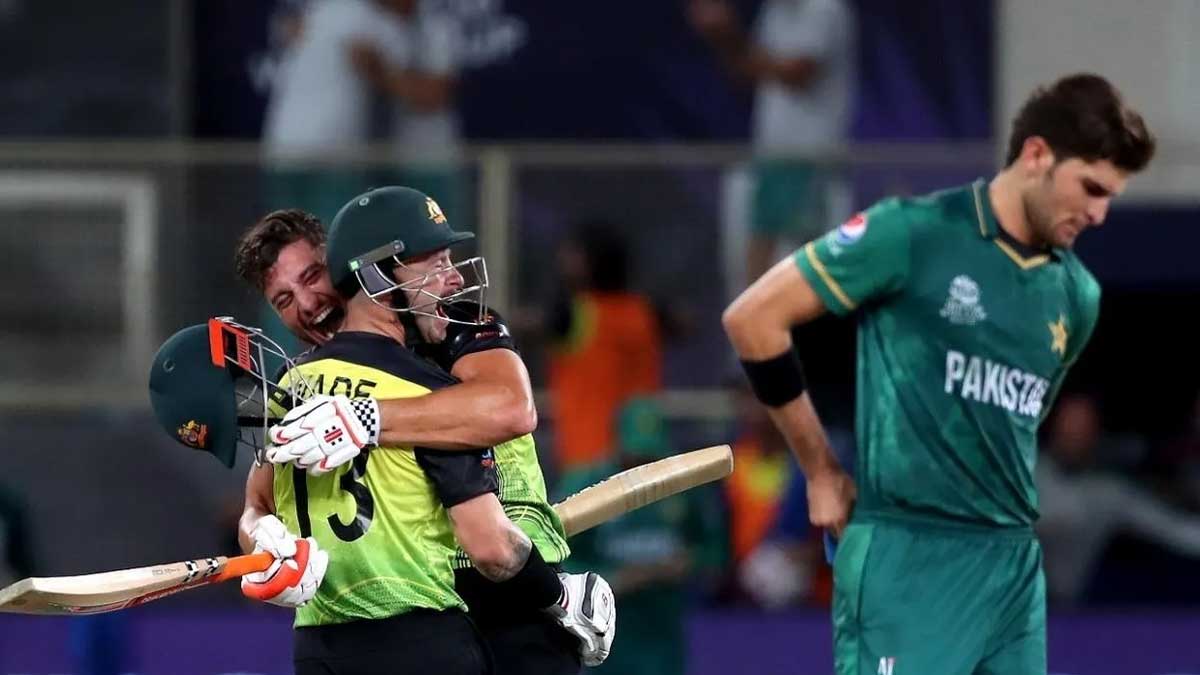 With a perfect record in the group stages – five wins out of five – Pakistani fans were stunned to see their country that seemed destined to reach its third T20 World Cup final get beaten by Australia.

Matthew Wade’s late blitz earned Australia’s passage to the T20 World Cup final, which will be played against New Zealand.

On Thursday, Australia defeated Pakistan by five wickets in their semi-final match.

Shadab Khan, a Pakistani leg-spinner, gave it his all against Australia, taking 4/26, but it wasn’t enough.

Read more: PCB confirms the schedule of Australia’s multi-format tour to Pakistan in 2022

The right-handed batter, who looked uneasy from the start, sought to knock Shadab out of the park but was caught by Fakhar Zaman.

Australia suffered a massive blow at the start of their innings when Shaheen Shah Afridi lbw Australian captain Aaron Finch in the first over.

Australia has been given a 177-run target to win in order to qualify for the T20 World Cup final against New Zealand.

When it came time for Pakistan to bat, left-handed batsman Fakhar Zaman gave the Men in Green a fighting chance in the T20 World Cup’s second semi-final.

The Pakistani batsman hit 55 runs off 32 balls in the last over, including a couple of sixes, to help Pakistan reach 170-runs and set Australia a 177-run target.

As the Men in Green batted first against Australia, Pakistan sustained its first setback when Adam Zampa removed Babar Azam in the opening semi-final match.

Meanwhile, while attempting to knock the ball out of the park, Mohammad Rizwan was dropped twice.

attempting to knock the ball out of the park, Mohammad Rizwan was dropped twice.

Earlier, after winning the toss, Australia chose to bowl first against Pakistan in the T20 World Cup semi-final.

Both teams were unchanged from their previous matches.