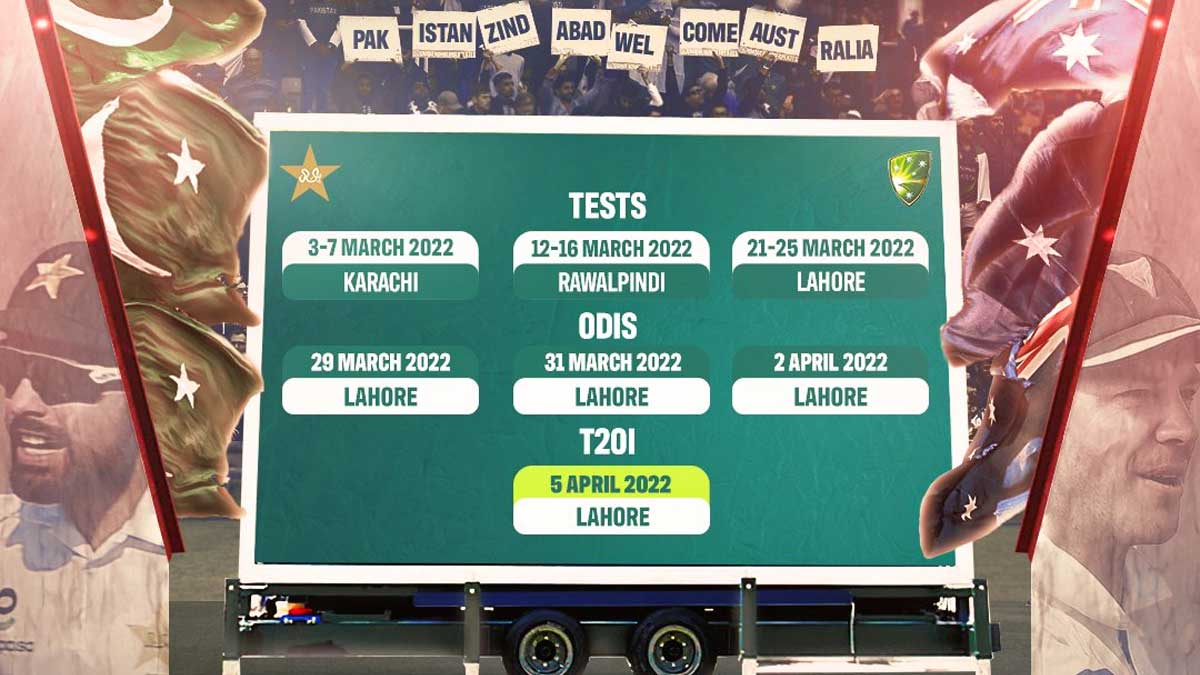 The Pakistan Cricket Board (PCB) has released the schedule for Australia’s upcoming tour to Pakistan in March and April of next year.

Tim Paine’s Australian team will travel Pakistan next year for three Test matches, an equal number of ODIs, and one T20 encounter against the Men in Green.

The first Test match between the two sides will begin on March 3 in Karachi, and the second will take place in Rawalpindi from March 12 to 16.

The teams will then meet in Lahore for a third Test match on March 21-25.

The PCB confirmed that the four white-ball matches of the series will be held in Lahore from March 29 to April 5.

After 24 years an Australia’s tour of Pakistan is taking place, their cricket team will visit Pakistan for the first time to play a cricket series.