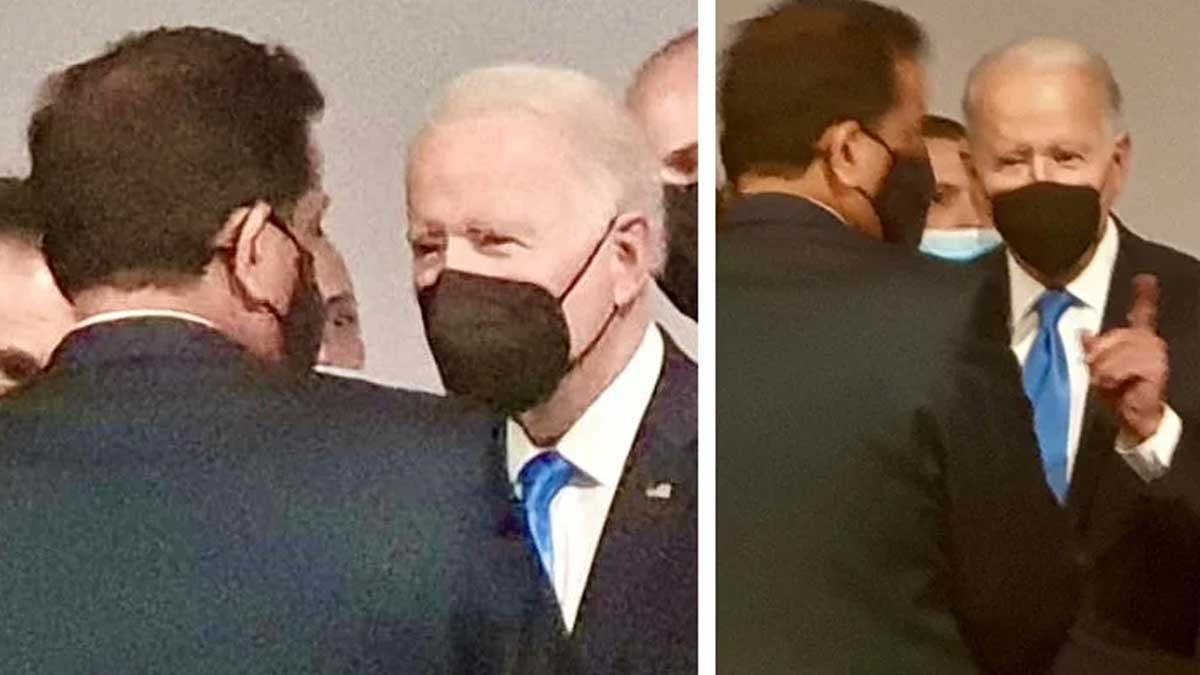 On the sidelines of the COP26 global climate conference in Glasgow, Special Assistant to the Prime Minister on Climate Change Malik Amin Aslam met with US President Joe Biden and the president thanked Prime Minister Imran Khan for committing to EU-US global methane pledge.

The SAPM tweeted, “A joy to interact with President Biden at COP26.” According to him, President Biden complimented Prime Minister Imran Khan for agreeing to join the US-led global methane commitment to reduce methane emissions by 30% by the end of this decade in order to combat climate change.

A pleasure to interact with @POTUS at @COP26 who thanked @ImranKhanPTI for #Pakistan being the first Asian country to join the #GlobalMethanePledge along with 100 over countries pic.twitter.com/g3dHv68maX

At the COP26 global climate summit in Glasgow, Pakistan’s delegation was led by Amin Aslam. Minister of State for Climate Change Zartaj Gul accompanied him.

Read more: Over 100 countries at COP26 pledge to end deforestation by 2030

Pakistan has joined the worldwide methane commitment as the first Asian country to do so. More than a hundred countries have committed to reducing methane emissions, the most potent greenhouse gas, by 30% this decade in order to avert hazardous warming over 1.5 degrees Celsius.

In Glasgow, the SAPM met with Dr Maria Flachsbarth, Germany’s Parliamentary State Secretary for Development Aid. Both countries agreed to form the Pak-German Climate and Energy Initiative to advance their shared climate goals during the summit.

According to Amin Aslam, Germany has announced €150 million as part of a climate deal with Pakistan, and has agreed to assist and partner Pakistan in clean energy development and nature-based approaches.