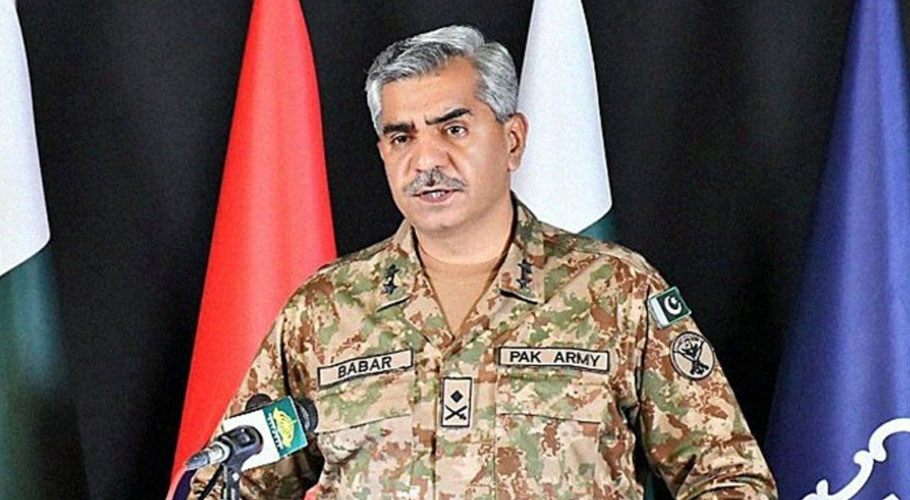 DG ISPR of Pak Army, Major General Babar Iftikhar has said that India is aggressive posturing against Pakistan and if they indulge in any military adventurism, the response from Pakistan will the “uncontrollable and will have unintended consequences”, no one should have doubt in this regard and cautioned the neighboring nation that “let’s not play with fire”.

The ISPR expressed these views while speaking to Geo News Hamid Mir on the program Capital Talk.

He started the telephonic interview by talking about the current situation along the Line of Control (LoC), which is quite heated these days. He said, “The Pak Army is responding to Indian aggression with the same caliber along the LoC. But we are always trying not to harm civilians living on the other side. However, the people of occupied Kashmir are becoming targets of Indian aggression. Women and children are also included in them. Indian security forces have also not spared innocent seven years old.”

“The biggest drama of India was the so-called Pulwama-2, a vehicle was blasted in the daylight to destroy the proof for the false flag operation. The situation at LOC is alarming for the recent past but Pakistan army is responding befittingly”. Maj. Gen. Babar Iftikhar warned India not to play with fire and any adventurism of India may have unintended consequences.

“India has witnessed what was our response to Indian aggression last year. India accuses us of terror launchpad, our answer is, ’we are ready, we will respond with full force’. 8th Indian Quadcopter violated Pakistan airspace last week and Pakistan shot it down. India must understand that against any aggression, it will have to face dangerous consequences. If India allows international media to visit, things would be clear”.

He then went on to present the current embarrassing situation India is having at the borders of China and Nepal. The Indian Army is in a state of standoff mode with the Chinese Army on the LAC in the Ladakh region and Nepal is also claiming their disputed regions with India.