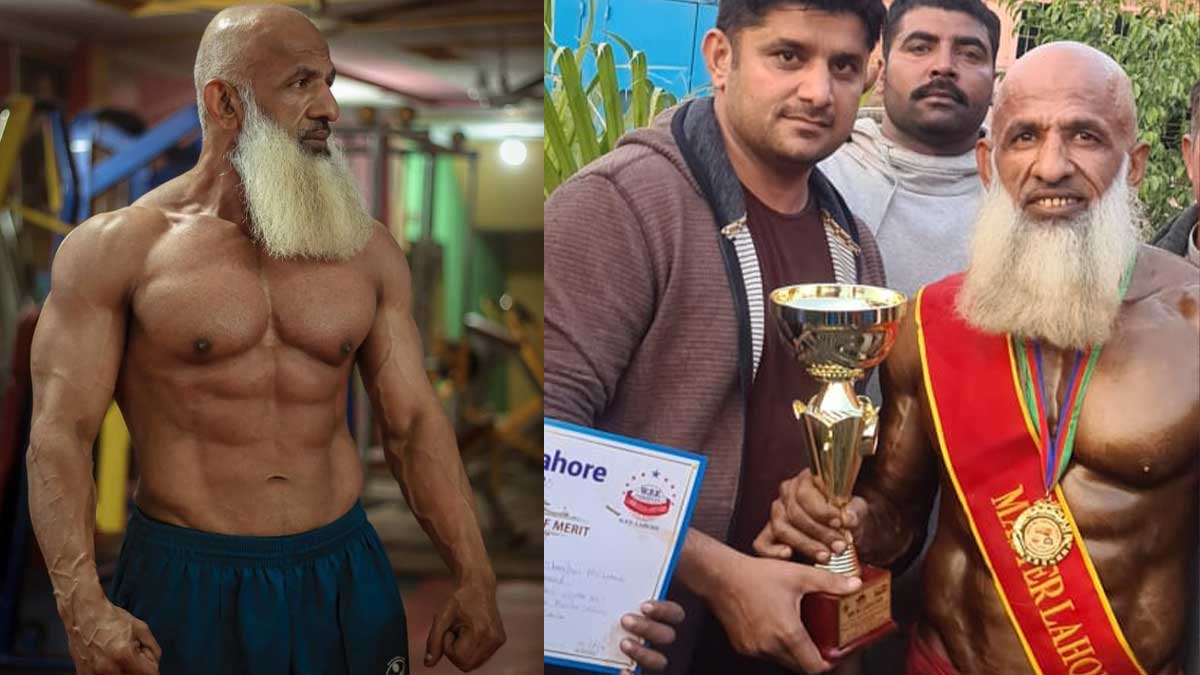 A 60 years old Ustad Abdul Waheed has become the oldest bodybuilder of the country to have won the Mr Pakistan 2021 title.

According to reports, what is remarkable about the victory of Ustad Waheed is his age and fitness. He has been taking care of his fitness since the age of 16 and is still practicing it.

Ustad Abdul Waheed said, “Good health is a gift from God. With Him showering His blessings on me, and with me down here not taking anything for granted and working hard to stay fit, even at 60.”

He added, “I don’t see why I won’t be able to keep winning in bodybuilding competitions even when I am 100 years old.”

Moreover, he won the Mr Pakistan title before Ramadan. “I was crowned Mr Pakistan a few weeks ago, in fact just before Ramazan, in a big competition in Karachi. It was an open-age competition. And when I came on to the stage there, I overheard some people say that my six-pack abs were visible even before I tried striking a pose.”

He has won the Mr Punjab title as well. Waheed has won many other medals, mostly gold and a few silvers, along with titles such as Mr Lahore. Now he aims to win the Mr Asia title. “I believe the competition is circled in for winter, in Bangalore, India, if my information is correct,” he says. “I want to make a name for my country,” he adds.

“I started building up my body at 16,” he says. “But at the time, I had no interest in taking part in competitions,”

Talking about his meal, he said, “Our intake mostly includes minced meat, pulses, porridge, milk, yoghurt, eggs, salads and fruits or dried fruits. These also we break into six to seven meals a day, with proper gaps for rest and exercise in between.”