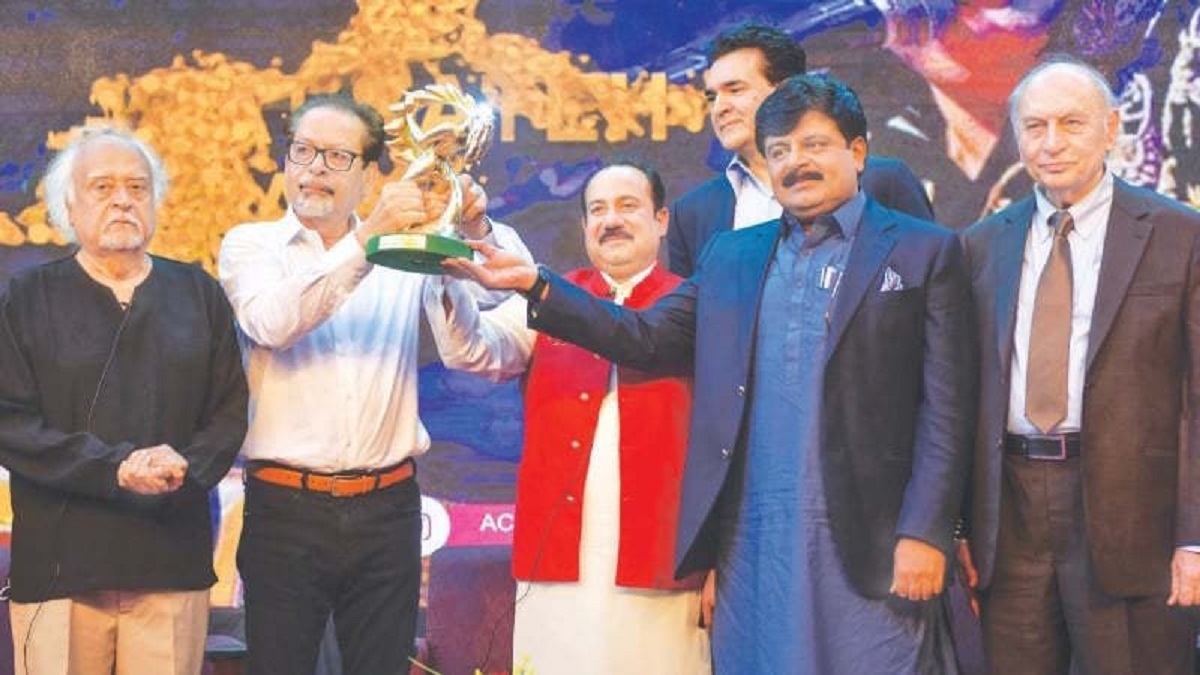 A well renowned singer Ustad Rahat Fateh Ali Khan has been given the lifetime achievement award and honorary membership of the Arts Council of Pakistan Karachi.

He added: “Anwar Maqsood is my mentor. He is the legend of words and stories. It is not less than an honour for me to speak in front of him. Ahmad Shah chose beautiful words for my introduction.”

He has become the first Pakistani Musician to have received this honor from the Arts Council Karachi. This award was previously given to Anwar Maqsood, Amar Jaleel, Asad Muhammad Khan, Zia Mohyuddin, and Iftikhar Arif.

Sindh Minister for Culture Syed Sardar Ali Shah said there was no grammar of love and music. “The greatest musicians of our time are present among us today; it’s an honour for everyone.” He said the combination of folk and classical music, which was created by Nusrat Fateh Ali Khan, was being maintained by Rahat Fateh Ali Khan.

Mohammad Ahmed Shah, president of the Arts Council said, “There is an inverted river of music and melody which flowed upwards. It belongs to Abida Parveen and the river of melody flowed straight up and that belongs to Rahat Fateh Ali Khan.”

He added, “We are proud to present the lifetime achievement award and lifetime membership of Arts Council to Rahat Fateh Ali in recognition of his massive achievements,”