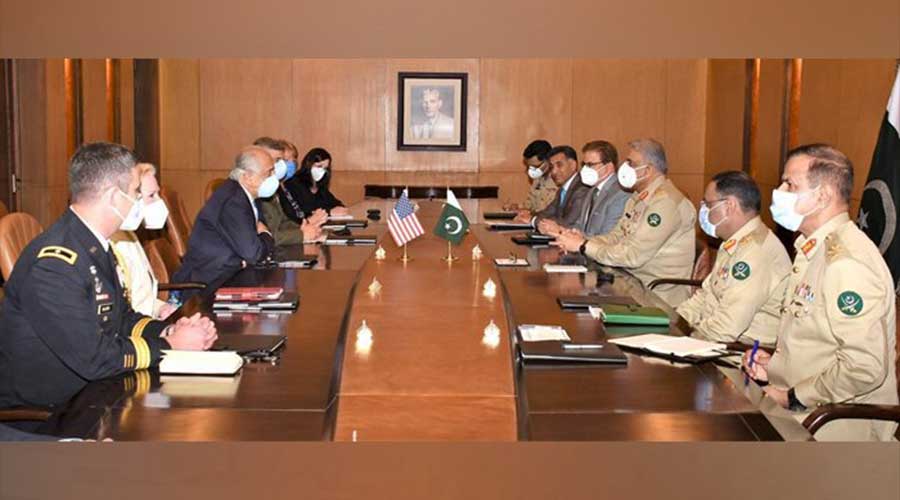 On Monday, Zalmay Khalilzad US Special Representative for Afghanistan Reconciliation told Pakistan Army chief Gen Qamar Javed Bajwa that the launch of the much-awaited negotiations between the Taliban and Afghan representatives would not have been achieved without the “sincere and unconditional support” of Pakistan.

Zalmay Khalilzad US Special Representative arrived in the federal capital earlier on Monday accompanied by a three-member delegation of senior US officials. There he met the chief of army staff at the GHQ and he appreciated the key role of Pakistan in the historic peace talks opening between the Afghanistan government and the Taliban in Doha.

…and ongoing Afghan Reconciliation Process were discussed during the meeting. The visiting dignitary greatly appreciated #Pakistan's role in the ongoing peace process and said that it could not have succeeded without Pakistan's sincere and unconditional support. (2/3) pic.twitter.com/ix4ovROgmM

The imminent Afghan peace talks is the outcome of a 14-month long painstaking negotiation process facilitated by Pakistan between the Taliban and the US. The spokesman of the US reached Islamabad from the Qatar capital so that peace talks may be carried out as Pakistan is one of the key players that is working to restore peace in war-torn Afghanistan. The war, due to which hundreds and thousands of lives had been lost in the conflict in the period of almost two decades.

An Inter-Services Public Relations (ISPR) press release quoted the army chief as saying, “All elements of national power are united towards making that vision a reality to ensure long-awaited peace, progress, and prosperity in the region.”

“COAS said that Prime Minister Imran Khan has given clear vision regarding peace and connectivity in the region and all elements of national power are united towards making that vision a reality to ensure long awaited peace, progress and prosperity in the region.”