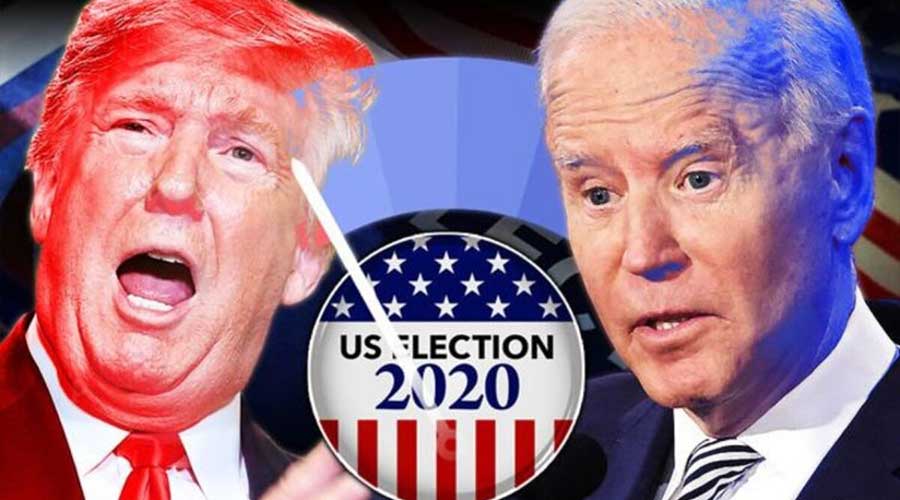 The world attention is about to shift towards the United States of America, where the next presidential election is due to take place.

Read out all the article and learn all the important dates, who is competing and who is who and how the US elections work.

The Presidential debates took place between 29 September and 22 October and the next United States presidential election is going to take place on November 3rd.

The 45th US President Donald Trump a Republican candidate is running for the President seat along with his vice president Mike Pence.

The current US president Donald Trump, now after a complete term in office is widely regarded as the most troublemaking president in recent history. His 2016 electoral participation was a switch from a businessman and a reality TV star to an outspoken activist who attracted to a specific base with his patriotic pro American approach.

After gaining power Mr. Trump quickly launched a policy to ban immigrants from Muslim countries, however, applauds by millions on tax-cut packages which saw a major boost for the US economy stabilized his position.

Mr. Trump always said “America First”. To follow this slogan, he changed policies which infuriated many on the international level specially China.

Donald Trump believed that the current world trade system is unbalanced, and have prompted anxiety on the markets, and his removals from Paris Climate Accord, pulling out from Iranian deal and from many more agreements have drawn many critics.

However, many experts believed that he would not last the full four-year term as he confronted an impeachment trial and also faced a special counsel investigation by Robert Mueller, but came out stronger.

Mike Pence, the vice president has remained relatively on silent mode while Donald Trump is facing all the heat, but recieved strong backlash for heading the White House Coronavirus Task Force in a country that has most mortality and infection rate in the world.

The Democrats candidate is Joe Biden who was a vice president in Barrack Obama tenure. The Democrats nominee has chosen California Senator Kamala Harris as his VP.

Joe Biden remain vice president for Barack Obama from 2009 to 2017 and enjoyed a more successful time in White House than Mr. Pence.

Joe Biden was also nominated for presidential candidate twice before, first in 1988 and then in 2008 but before 2016 election he said he is not looking for the presidency in 2016.

If Joe Biden get elected for the president, he would become the oldest president to take office at the age of 78.

Ms Kamala Harris 55 years old, the first woman on a presidential ticket was also a competitor in the Democratic primary election to select an opponent against Donald Trump.

How does US election works?

In 2016 presidential elections, around 139 million American citizens have voted which was a turnout of 55.5%.

Each state is assigned a set number of voters, who make up what is recognized as the US electoral college.

Instead of voting directly for a president, voters are assigned electors from the electoral college, depending on the number of votes for each contender.

In most of the states, if voters select one party over another, electors support that particular party’s candidate.

The participant who receives the backing of at least 270 electors wins.
When were the TV debates?

The current presidential campaign has ended on 22 October, but it was an interested presidential debate which was systematized by the Commission on Presidential Debates.

In last presidential debate in 2016 around 84 million people watched Donald Trump and Hillary Clinton go head to head which was a record number of viewers.

In the start of his premiership, Donald Trump was not as popular as others since the second world war. But, slightly improved its reputation in late 2017.

Due to a low approval rating experts believe that the president will struggle to get back his presidency in the second term.

According to nationals’ pools conducted to see who is ahead, Joe Biden constantly have a higher ground than Trump since he revealed as probable challenger.

FiveThirtyEight, a national poll data examination organization which collects and shares all the data, has been correct on a number of times in the past and now revealed that Democratic candidate Joe Biden is favorite to win the US 2020 elections.

Meanwhile, Donald Trump also demonstrated that he loves challenges and his rival is a capable campaigner.

What are the US big issues?

A survey conducted in August by Pew Research revealed the US main issues that put economy as the most important issue for voters as it was two years before.

But Americans are not only worried about economic crisis as Pew found out a more wide deviation in voters with different voting purposes.

At the moment Trump supporters are more concerned about the economy, meanwhile, the Biden followers viewed health care and the coronavirus response as being more pertinent to their selection.

Similarly, gender discrimination also triggered an extensively conflicting range of opinion, as with 76% of the Biden followers saying that it was very significant to their voting purposes, compared to 24% of Trump voters.

Climate change is very crucial subject for Biden followers; however, a complete opposite scene is on the Trump camp. The environment is prevailed by the coronavirus pandemic this year. On the other hand, weapon legislation remaines a huge issue in US and also remained on top in the reign of Obama. However, it is a low concern for both sets of voters.

Donald Trump is less popular than Barrack Obama and Bill Clinton after two years at service, but after four years at White House Trump Administration has not been far behind above mentioned former presidents of USA.

Talking about former president Barrack Obama, his rating consistently decreased in first three years at White House, until it began to rise again before he was elected for second term and won 332 electoral votes to 206.

The former president Bill Clinton was not even popular than Donald Trump, however, he managed to win the second term easily.

Harry Trumani is believed to be the most unpopular president of USA’s entire history. Harry’s fame, however, was dropped to 33% with one and a half year of his governance following a wave of strikes. As the economy and international domain become more important, Harry’s ratings upgraded in time to win a second term.

When will the result be known?

US election will be held on November 3, 2020; however, the same day results are not possible as USA covers so many time zones.

It is very difficult to sort out when the winner has reached to their victory because of the electoral college system, which assigns diverse numbers of votes dependent on a state’s share.

However, this year could be different, as there has been a lot of concern articulated in last few months regarding postal voting which will be used more instead of going to polling station due to ongoing coronavirus pandemic.

Talking about the authenticity of the postal voting Donald Trump said that there could be voter fraud via this method.

But opponents have claimed that he is misleadingly encouraging concerns on purpose, because he is formulating the strategy after the result came out.

When does the winner take office?

If Joe Biden wins the US election 2020 in November, he would not instantly take over the White House as there is a set of transition period in order to give the new leader time to assign cabinet ministers and make other plans.

The new president will officially take oath on 20th January in an inauguration ceremony which is held at the Capitol building in Washington DC. After the ceremony, the new president makes his way towards White House and begin working in the office for next four year.