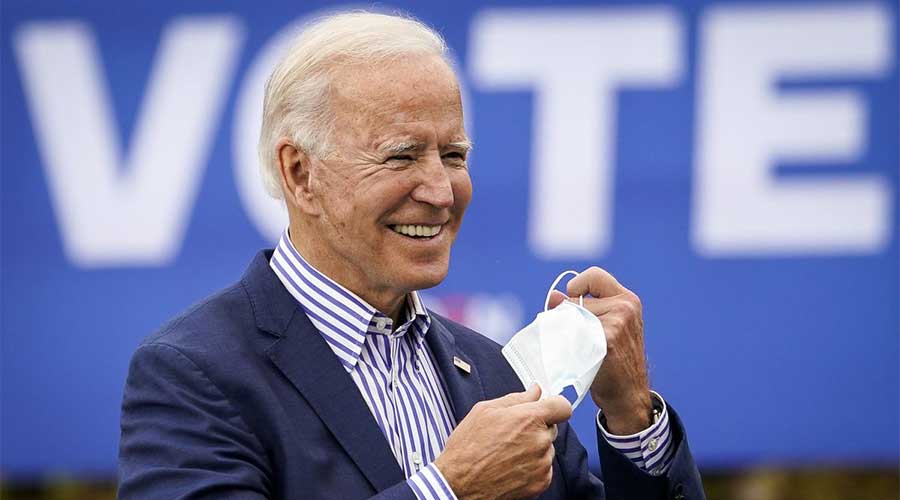 The Democratic candidate Joe Biden considerably leads his opponent a Republican nominee Donald Trump as the Arab world’s favorite in the next United States presidential elections according to poll.

In a poll of a total of 3,097 people from the Middle East and North African countries, about 39 percent of the people select Biden and only 12 percent of the national voted for Donald Trump, as per survey which was conducted by the British pollster YouGov and commissioned by the Saudi daily Arab News.

“When asked which candidate would be better for the Arab World if elected president, most believe that neither candidate (49 percent) would fulfil such a description, yet Biden is still considered a better option to Trump,” as per YouGov survey.

The upcoming US elections, which is scheduled on November 3 in which the incumbent President is fighting for his second term in the White House is being monitored by the Arab world very closely as the United States plays a vital role in the region.

However, there are some groups as well who still prefer Donald Trump instead of Joe Biden such as the United Arab Emirates (UAE) and Kingdom of Saudi Arabia due to Trump’s strict policy against Iran.

Adopting the strategy of former US president Barrack Obama, Trump also faithfully supported Arab rules including the Crown Prince Muhammad bin Salman, but the British poll has some different estimation.

“If the Arab world were choosing the next president, Biden would win by a landslide,” YouGov’s chief Stephan Shakespeare told AFP.

“But that’s partly because they don’t know much about Biden — only half say they have heard of them, while nearly everyone has heard of Trump.”
Should Biden win, around 58 percent of Arabs revealed that “Biden must detach himself from the Obama administration policies.”