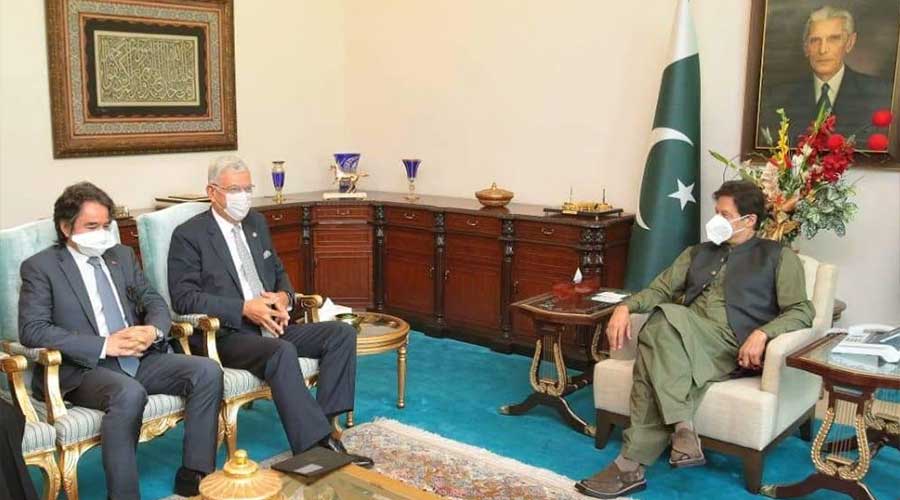 UNGA President Volkan Bozkir termed Pakistan Covid-19 policies a “good example” for the world to follow in dealing with the pandemic during his visit to Pakistan.

“Pakistan has been a good example to the world with its policies related to the global pandemic. It has performed better than any other country in dealing with the global pandemic and I am happy to observe it also with my own eyes”, Bozkir said while addressing a joint press conference with Foreign Minister Shah Mahmood Qureshi on Monday.

UNGA president touched upon Kashmir issue during his trip

On Sunday, Elected President of the UNGA Volkan Bozkir arrived in Pakistan for a two-day visit after his trip got postponed last month due to technical flight issues.

Volkan Bozkir is undertaking the visit on the invitation of Pakistan. He was received by senior officials at Islamabad Airport. Mr. Bozkir met Prime Minister Imran Khan and Foreign Minister Shah Mahmood Qureshi.

While meeting the Shah Mahmood Qureshi, Foreign Minister sought an effective role of the United Nations General Assembly to end human rights violations in Indian illegally occupied Jammu and Kashmir in light of its resolutions of the Kashmir dispute under the Security Council resolutions.

The Minister highlighted the unilateral steps India took to revoke the special status of Jammu and Kashmir on August 5 last year and called them a clear violation of the UN resolutions and international laws. He stressed the extra-judicial killing happening in Kashmir, firing at innocent civilians and violence becoming routine in Indian illegally occupied Jammu and Kashmir.

According to the statement of the foreign office, “The visit itself is an important one to inter alia highlight Pakistan’s strong and substantive contributions to UN efforts in the promotion and maintenance of international peace and security, especially through our contribution to the UN Peacekeeping Operations around the world.”

Pakistan said it remains committed to supporting the role of the UNGA related to economic and social development, refraining from the threat of use of force, international peace and security, promotion and protection of human rights, peaceful settlement of international disputes, and developing friendly relations among nations. The relationship with different nations will be based on equal rights and principles, also on the self-determination of people.