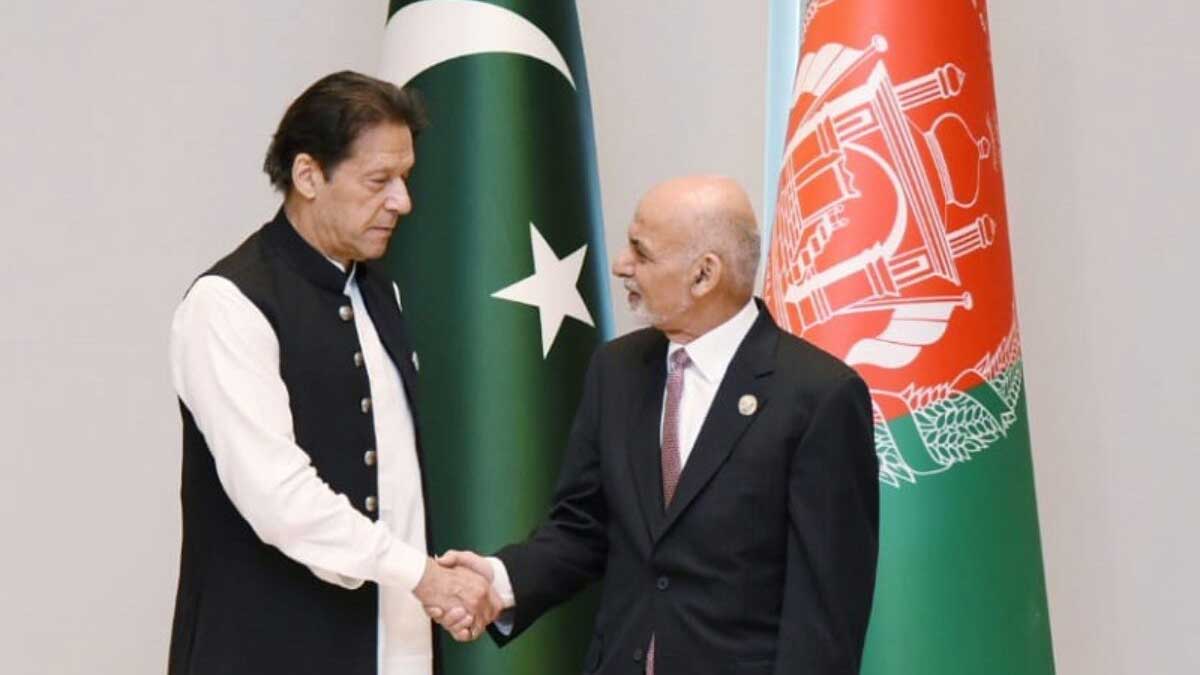 On Friday, Prime Minister Imran Khan urged Afghanistan to view Pakistan as a “peace partner” rather than blame it for the recent instability, which he described as the “result of the US using a military approach rather than a political one.”

Read more: Pakistan ready to be US partner for peace in Afghanistan: PM Imran in Washington Post

During his speech, the Afghan president made baseless accusations against Pakistan, claiming that 10,000 Pakistani fighters had entered into Afghanistan.

“We would battle the Taliban if talks fail,” Ghani added. “This is the final opportunity for peace.”

Rejecting President Ghani’s accusations that Pakistan was “not backing peace,” Prime Minister Imran Khan stated emphatically that Pakistan did not desire unrest in its neighbourhood since peace was in its own best interests.

“I want to make it clear to you, Mr. Ghani, that Pakistan will be the last country to encourage unrest and turmoil in Afghanistan,” he said.

Pakistan would continue to promote Afghan peace, according to the prime minister, who urged Afghan stakeholders and the international community to step up efforts for a “politically negotiated settlement.”

He stated that Pakistan has suffered greatly as a result of the decades-long conflict in Afghanistan, noting that the country has lost 70,000 people and is experiencing severe economic turmoil.

He said Pakistan desired peace in its neighbourhood to facilitate the completion of development projects for the good of the entire area as the country’s economy recovered from a challenging period.

The forum‘s principal goal is to promote historically close and friendly ties, trust, and good neighbourliness between Central and South Asian states for the benefit of all peoples and countries in both regions.