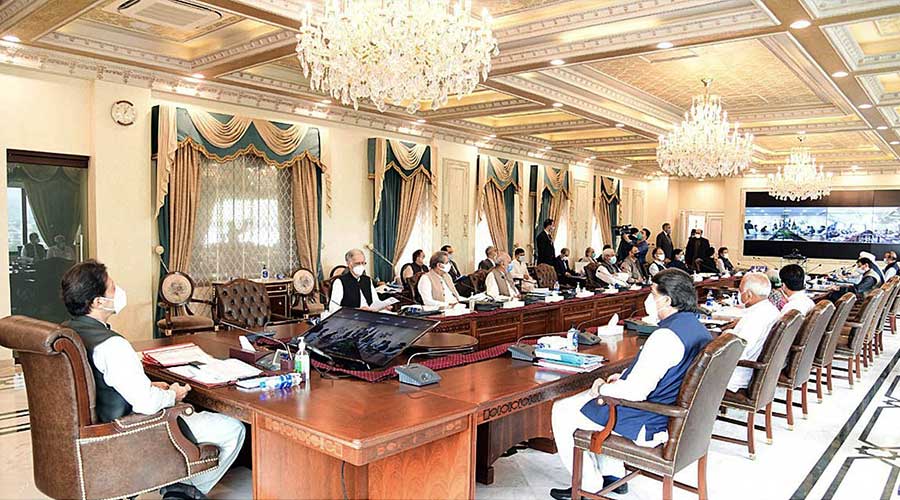 More than 71,000 posts have been abolished in various government departments under the Institutional Reform Policy.

The press release issued by Prime Minister Imran khan’s office says that on Tuesday, during the federal cabinet meeting supervised over by the Prime Minister the decision was made and the cabinet took many other decisions during the meeting and they expressed their satisfaction over the economic condition of Pakistan.

During the meeting, Prime Minister Imran Khan gave 24 hours of ultimatum for clearing all the dues of media houses.

The cabinet expressed their satisfaction with the economic condition of the country.

Dr. Ishrat Hussain Advisor to the Prime Minister on Institutional Reforms briefed on the reformation of the federal government. He told that those posts which had been laid vacant for more than a year have been abolished i.e. a total of more than 71,000 government posts. The number of federal government departments had been lowered to 324 from 441 after the restructuring process.

Dr. Hussain talked about the reforms in the Federal Board of Revenue and said that the World Bank approved a programme that aims to increase revenue and the tax system will also get simplified in Pakistan. The automation process is also underway in the FBR and the systems of collecting tax and collecting sales have been simplified along with a refund of export.

According to the advisor, the traffic system has been shifted from FBR to the National Traffic Commission for the benefit of the business community.