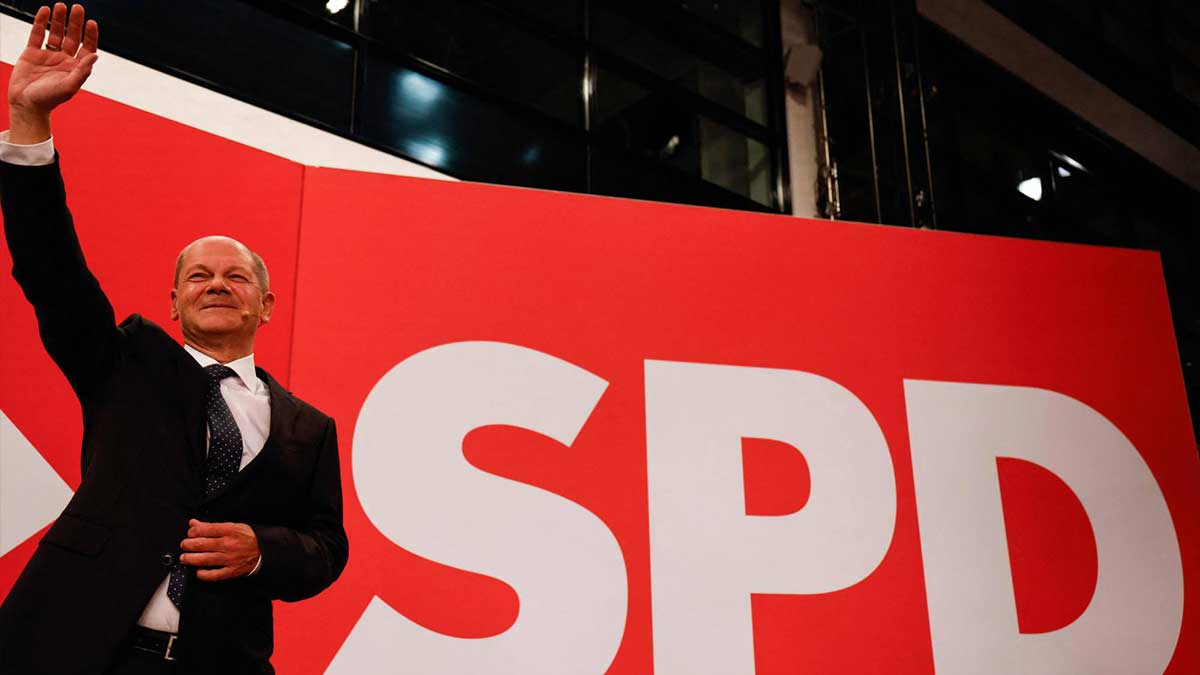 The Social Democrats (SPD), Germany’s centre-left party, has claimed victory in the federal election, signaling outgoing Chancellor Angela Merkel’s party that it should no longer be in office.

Olaf Scholz, the SPD leader, claimed he had a clear mandate to form a government, but his conservative competitor Armin Laschet is determined to fight for the office.  For years, the two parties have worked together to rule.

Mr. Scholz, on the other hand, believes it is time for a new coalition with the Greens and liberals.

Read more: Iceland will have a male-majority parliament after election recount

According to preliminary election results, Social Democrats won by a razor-thin margin over the conservatives, who had their worst-ever election performance.

Despite this, Mr. Laschet said that his party had given him permission to begin discussions with coalition partners, potentially leading to a protracted power struggle in Germany.

In an election highlighted by climate change and differing suggestions on how to address it, the Greens and the pro-business Free Democratic Party (FDP) received the greatest support from the under-30s. Even though they fell short of their goals, the Greens made history with about 15% of the vote.

It was the closest election in years, putting an end to the two major parties’ postwar dominance – Mr. Scholz’s Social Democrats and his opponent’s conservative Christian Democratic Union (CDU).

Merkel Stays In Place For Now

Exit polls anticipated a draw, but this election was unexpected from the start, and the outcome would never be the final word. For starters, the outgoing chancellor has no plans to leave until the coalition is established, which might take until Christmas.

By the time Germany takes leadership of the G7 group of nations in January, the major political parties want a new government in place.

The upcoming chancellor will have four years to manage Europe’s largest economy, with climate change at the forefront of voters’ minds.