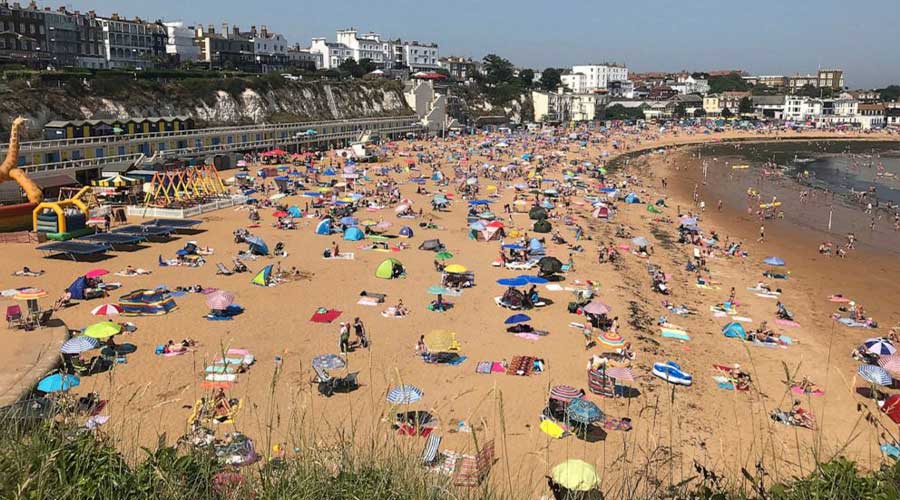 The weather condition in the UK has turned drastically hot and recorded above 34C temperature for straight sixth day for the first time in 60 years.

According to Met Office the temperature rose to 34.6C in Central London which is the first time since 1961 and pertinent authority has observed the temperature above 34C for six consecutive days.

The Met Office released a yellow storm warning for the whole of England, Wales and some parts of Scotland. According to Met, these regions would likely see abruption in power supply and flooding from Wednesday afternoon till the end of the week.

The Met Office also warned citizens regarding damage to buildings from lighting or with sturdy winds, traffic likely to see a disturbance due to flooding. The rain is also expected from 30mm to 40mm in some places.
Yesterday heavy rain and lightning caused flooding and travel disruption in some parts of Scotland.

Apart from UK temperature crossing 34C, according to Bonnie Diamond the Met Office forecaster revealed to a news agency that some areas of UK will likely see heavy shower and a chance of flooding from Wednesday, this will cause land sliding and travel difficulties. The yellow storm warning will remain active till Sunday affecting a large portion of UK.

At the moment heatwave is continuously increasing and it is expected to reach 36C in the South East region.

On Sunday, while saving youngest son a mother died going into the sea after got into trouble in a Kayak in Norfolk. The woman named Danielle Chilvers, 37 years old from Swaffham died after catching a suspected riptide and was announced dead in hospital.

Two friends were found dead from the sea off the coast of Brighton after a small vacant ship was found.

Lifeguards are also on the verge in Kent as they are rescuing extraordinary numbers. Lifeguards from Kent saved 24 people in one day at Ramsgate Main Beach. Furthermore, news from Scotland emerges as volunteers saved nine lives and a dog in a single day.