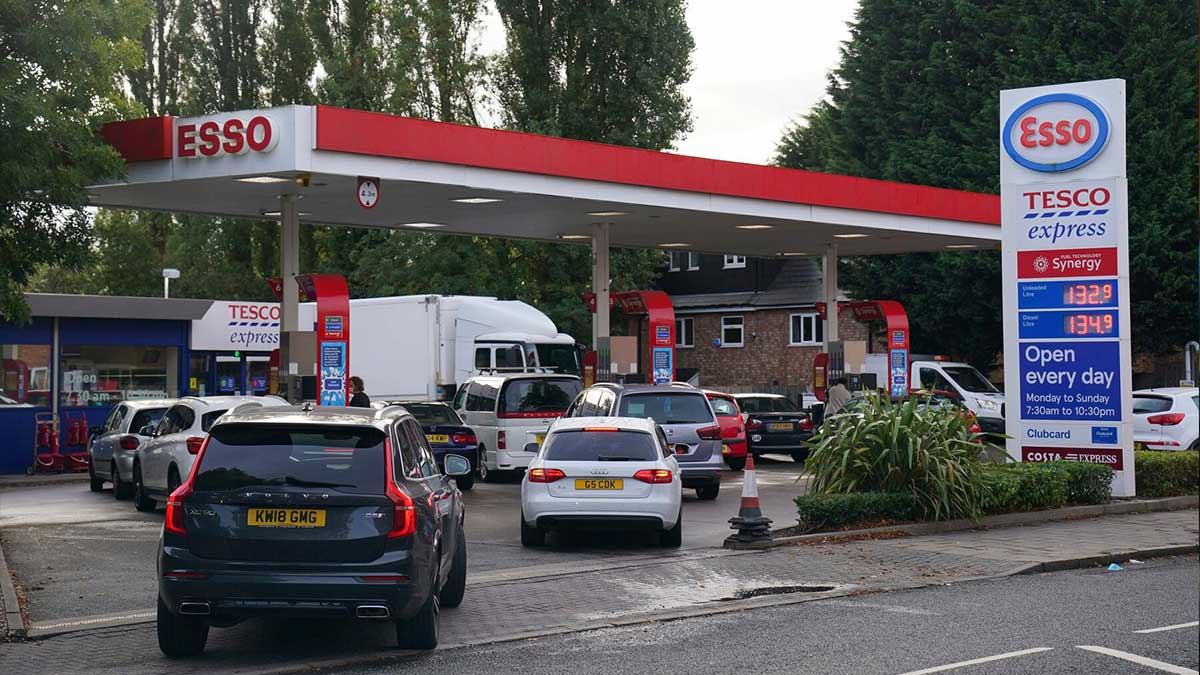 The number of UK fuel stations hit by delivery shortages and panic buying restoring as the military started driving supply tankers to the petrol pumps.

On Tuesday, British drivers showed their dissatisfaction as they searched for hours and waited in long lines to fill their tanks after gas stations in key cities ran out due to a trucker shortage that caused the government to put the army on standby.

Queues of drivers snaked back from those petrol stations that were still serving in major cities, despite the fact that hundreds of service stations were closed with signs stating that they had no petrol or diesel.

A post-Brexit scarcity of lorry drivers has wreaked havoc on supply chains, compounded by a halt to truck-driving-license testing during COVID lockdowns, creating the possibility of shortages and price hikes in the run-up to Christmas.

According to Business Secretary Kwasi Kwarteng, a limited number of military tanker drivers have been put on standby to transport petrol if needed.

As drivers jostled for fuel, fights broke out at a few petrol stations in England. Health workers should be given priority in filling their cars, according to doctors, in order to keep the health service running.

The world’s fifth largest economy has been engulfed in disarray, as a scarcity of truckers has stretched supply lines and a surge in European wholesale natural gas prices has pushed energy companies into bankruptcy.

Retailers, truckers, and logistics organizations have warned that costs will have to climb for everything from energy to Christmas gifts.

Christmas petrol Supply To Be Disrupted in UK?

According to British ministers, fuel companies, and petrol stations, that fuel supplies are sufficient but the absence of truckers, along with panic buying, has exhausted the system.

According to the Petrol Retailers Association, which represents independent fuel retailers who account for 65 percent of all 8,380 UK forecourts, demand for petrol has led 50 percent to 90 percent of pumps to be dry in various areas of the UK.

On Sunday, the administration revealed a plan to provide 5,000 temporary visas to foreign truck drivers. However, other Polish hauliers described the offer as ludicrous and predicted that few would accept it.

Since of the severe shortage of truck drivers – estimated at 100,000 – and because moving fuel necessitates additional training and certification, hauliers, petrol stations, and retailers say there are no quick solutions.

The British Retail Consortium (BRC) has urged the government to expand the scheme’s size in order to attract the truckers required to maintain Christmas deliveries on schedule.